Earlier this month Nintendo unveiled a new trailer for the video game Wii Party U. At the time the game was tipped to have over 65 new mini games for Wii U players to enjoy. Nintendo has now announced that the game has officially launched and unveiled that there are over 80 mini games for gamers to enjoy. Many the games focus on using the Wii U GamePad. 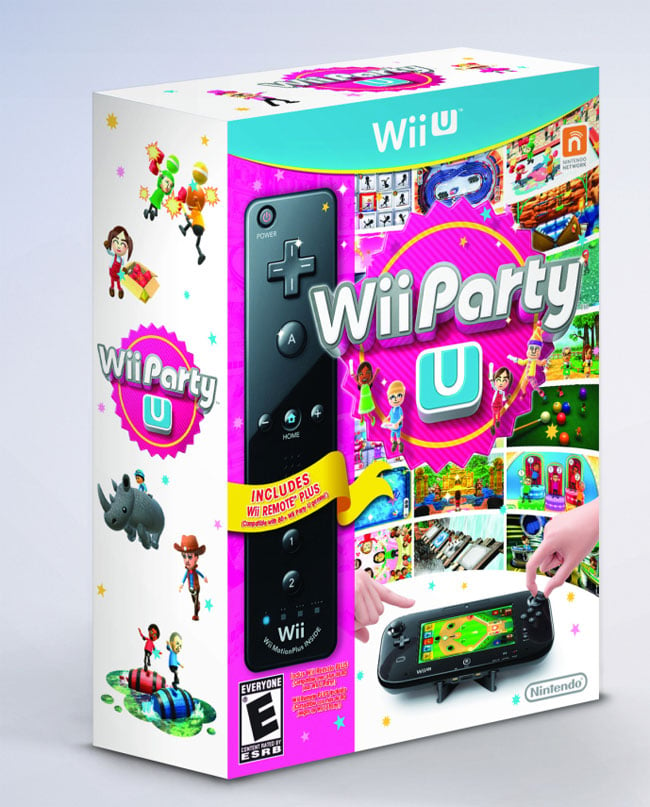 Nintendo says there is a game for every kind of player from boardgames centered on the television to table top games played exclusively on the GamePad. The game features TV Party Mode allowing players to compete against family and friends in boardgame style games using the GamePad and Wii Remote. This mode has players taking turns moving towards a goal on several different boards and supports one of the four players.

House Party Mode offers physical and mental games to change based on who’s playing. Games in this mode include Name That Face where one player takes a picture of a funny face using the camera in the GamePad and other players have to guess the expression. GamePad Party Mode is the mode where games are played exclusively on the GamePad controller. In this mode, players to enjoy games such as foosball or slot car racing. The game sells for $49.99 and is bundled with a Wii Remote Plus and a GamePad horizontal stand.