Sometimes manufacturers launch an accessory for their gadgets and you wonder exactly what the point of it is, this is one of those times with the Nintendo Wii Wi-Fi Network Adapter. 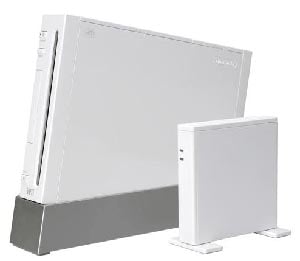 The Nintendo Wii already has built in Wi-Fi, so why do we need an add on for the Wii that does the same job?

Anyway the Nintendo Wii Wi-Fi Network adapter will also work with your DS and it has a choice of three modes, ‘Router’, ‘Bridge’ and auto.

It is expected to go on sale in Japan later this month an will retail for about $54.

via Kotaku and Electric Pig