Yesterday we told you that the elusive white iPhone 4 had appeared in AT&T’s inventory, now it looks like it will shortly be available in the UK as it has appeared on the websites of two mobile operators, Three and Orange.

Both websites have the white iPhone 4 listed, although you can’t order them yet, so we suspect they will be available very soon. 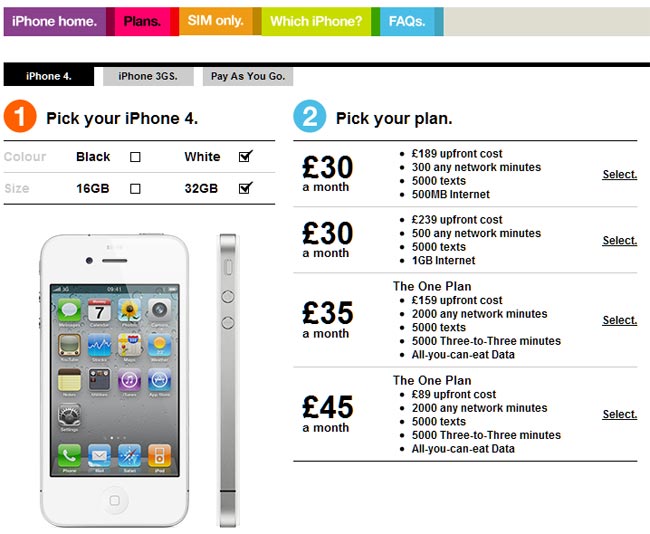 No doubt we will get an official announcement from Apple soon telling us that the white iPhone 4 is available, if you have been waiting to get your hands on one, it may be worth waiting a couple of months until the iPhone 5 is announced.