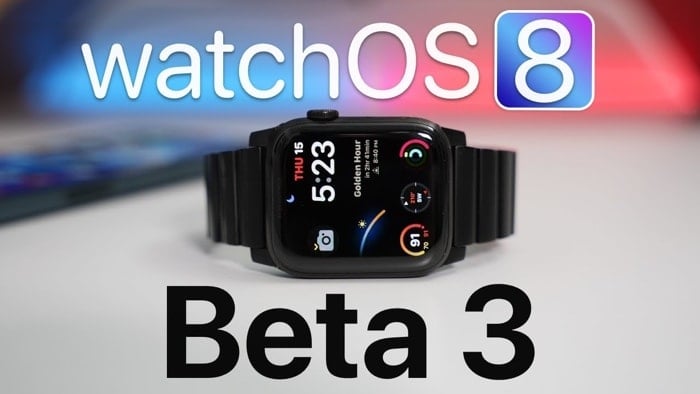 Apple recently released their watchOS 8 beta 3 software for the Apple Watch. The software was released along with new betas of iOS 15 and iPadOS 15.

We have already seen what it new in the iOS 15 beta and now we get to find out what is new in the new watchOS 8 beta 3. The video below from Zollotech gives us a look at the software and its new features.

As we can see from the video the new beta of Apple’s watchOS 8 has been released to developers, the public beta of the software is expected to be released some time time.

This update brings some new features to the Apple Watch that include updates for a number of apps, including the Weather app, Music app and more and you will also be able to share your Music from Apple Music through Messages to your friends using the Apple Watch.

You can also share photos with your friends from the photos app and this software will also let you setup multiple timers on your device.

We are expecting the final version of Apple’s watchOS 8 software to be released in September along with the new Apple Watch Series 7. This should be released at the same time as iOS 15, iPadOS 15 and the new iPhone 13 smartphones. As soon as we get some information on a release date we will let you know.