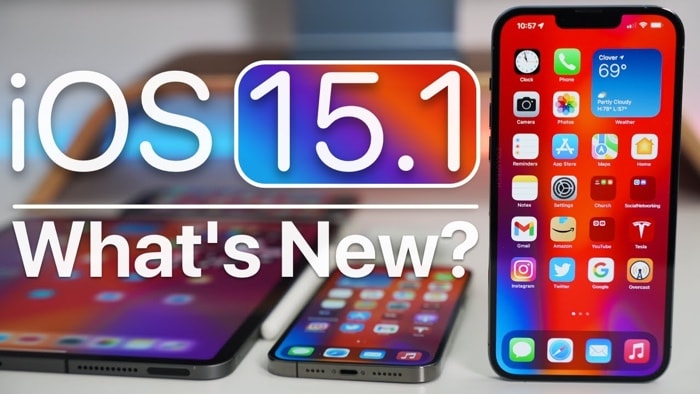 Apple’s new iOS 15.1 software update is now available to download, the update brings lots of new features to the iPhone.

It also comes with various bug fixes and performance improvements and now we have a video from Zollotech that gives us a look at the software.

The new iOS 15.1 update brings Apple’s SharePlay feature, which is designed to let you watch videos and TV shows with your friends. Everyone who is watching the content sees the same thing at the same time as it is synchronized in different locations. This feature was supposed to be released in iOS 15 but was delayed slightly.

The iOS 15.1 release also fixes a range of bugs on the iPhone, Apple has also released iPadOS 15.1 for the iPad, plus the new macOS Monterey update for the Mac as well.

The new iOS 15.1 software update is now available to download, you can install it on your device by going to Settings > General > Software update.