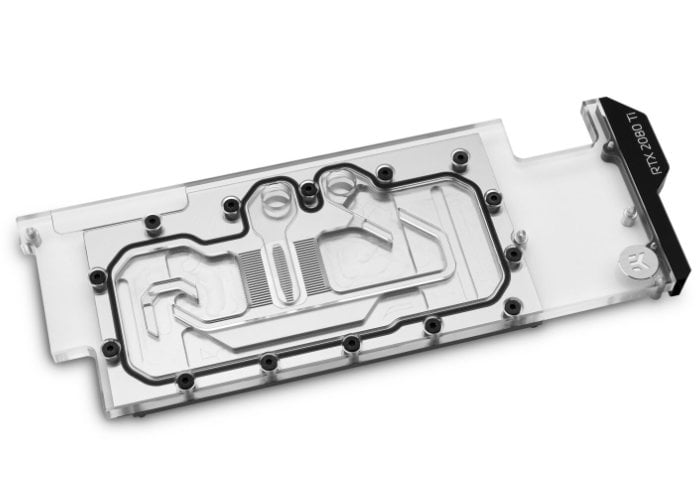 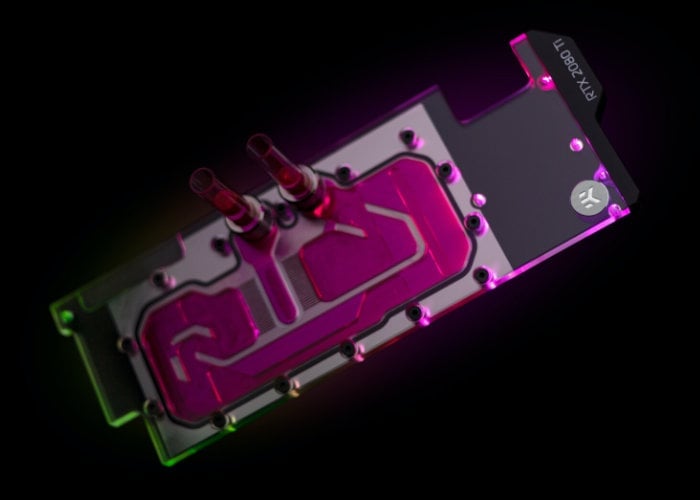 The EK-Quantum Vector Direct RTX RE Ti D-RGB series waterblocks are now available priced at €150 direct from the EK Webshop or EK Partner Reseller Network. EK explains a little more about the design of the water block and its features : “Instead, the fittings are screwed directly into the top, allowing for a narrower enclosure. This water block uses the signature EK single-slot slim look and covers the entire PCB length. This sophisticated cooling solution will transform your powerful NVIDIA graphics card into a minimalistic, elegant piece of hardware with addressable D-RGB LED lighting.”

EK recommends the purchase of a retention backplate which improves the aesthetics of your graphics cards, but also provides additional passive cooling to the GPU core and circuit board VRM section. The backplates for NVIDIA GeForce RTX 2080 Ti cards are available in either Nickel Plated or Black Anodised variants.