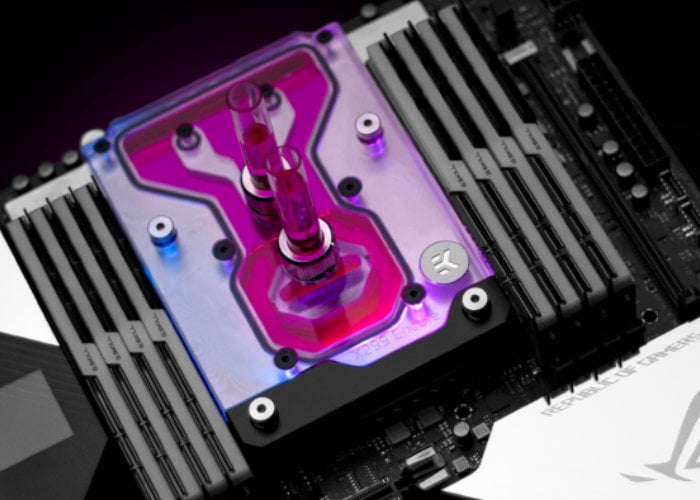 The EK-Quantum Momentum ROG Rampage VI Encore D-RGB Plexi monoblock is manufactured in Slovenia, Europe and is readily available to pre-order through the EK Webshop or EK Partner Reseller Network priced at €169,90 and will start shipping out later this month from March 18th, 2020 onwards. 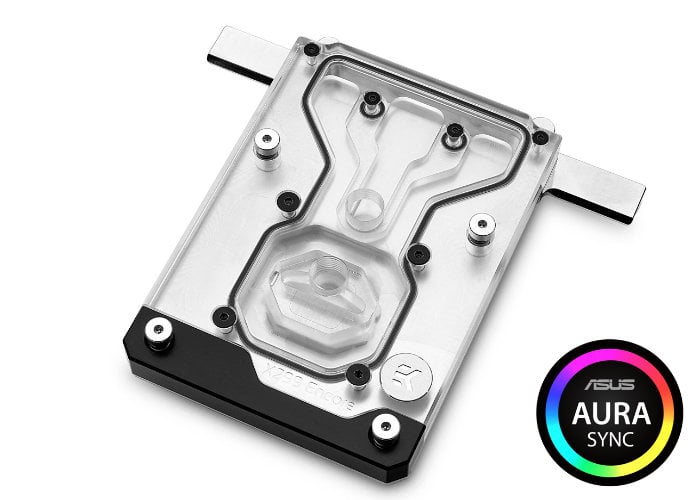 “This monoblock uses the latest generation of a cooling engine used on the EK Quantum Lineup to ensure the best possible CPU cooling while not reducing flow to other components. It directly cools the Intel Socket 2066 type CPU, as well as the power regulation (MOSFET) module providing the enthusiasts with a great solution for high and stable overclocks. The monoblock is delivered with a CNC machined, black anodized aluminium piece that acts as a heatsink for critical components under the I/O cover, such as the network chip, and at the same time, it is the mount for the factory I/O cover, that embodies the small OLED screen.”