Watch Dogs will be set in Chicago with a narrative thread centering around “master hacker” and “former thug” Aiden Pierce, who if the game’s E3 showing  is anything to go by has a serious problem with smooth traffic. A flyer for the game has ended up in Kotaku’s inbox and it provides a bit more background on what seems like a very expansive take on the saturated cover shooter genre. 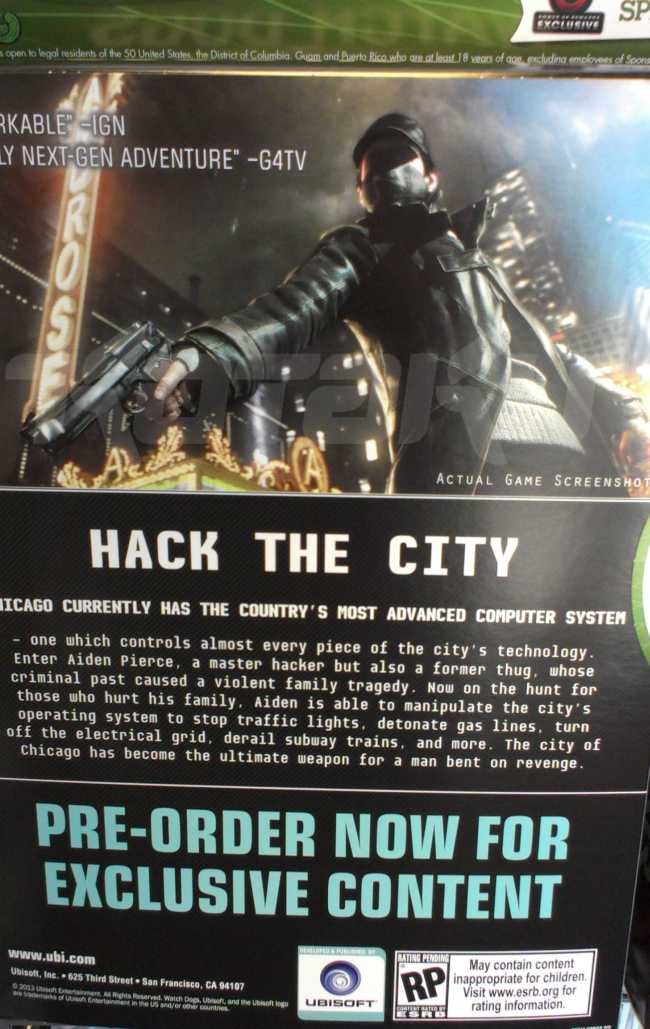 “Chicago currently has the country’s most advanced computer system – one which controls almost every piece of the city’s technology,” the flyer says. “Enter Aiden Pierce, a master hacker but also a former thug, whose criminal past caused a violent family tragedy.

“Now on the hunt for those who hurt his family, Aiden is able to manipulate the city’s operating system to stop traffic lights, detonate gas lines, turn off the electrical grid, derail subway trains, and more. The city of Chicago has become the ultimate weapon for a man bent on revenge.”