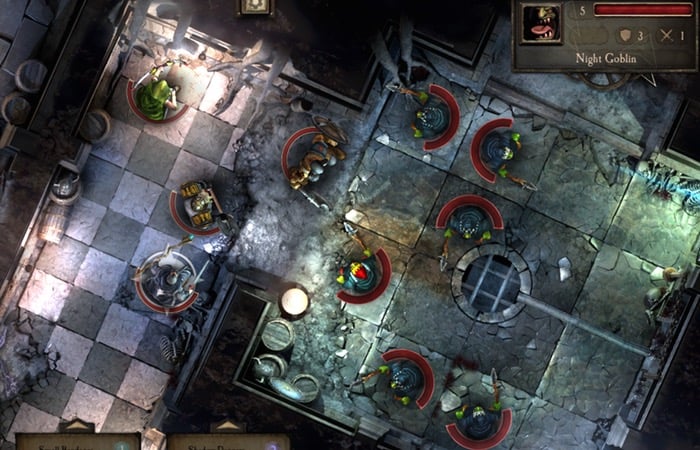 Warhammer Quest has already launched on mobile devices back in 2013 and is based on the classic tabletop gam,e providing players with a mix of role-playing and strategy gameplay.

There are micro transactions in game to buy extra gold, although it seems that you can progress without the need to purchase gold, extra weapons and characters if you would prefer. But making a purchase definitely make adventuring a littler easier.

“Lead your group of brave adventurers through the perilous dungeons of the Warhammer World in the search for wealth and glory! Level up your party of heroes. Loot weapons, armour and mysterious artefacts from fallen enemies. Crush Orcs, Goblins, Trolls and more ferocious enemies!“