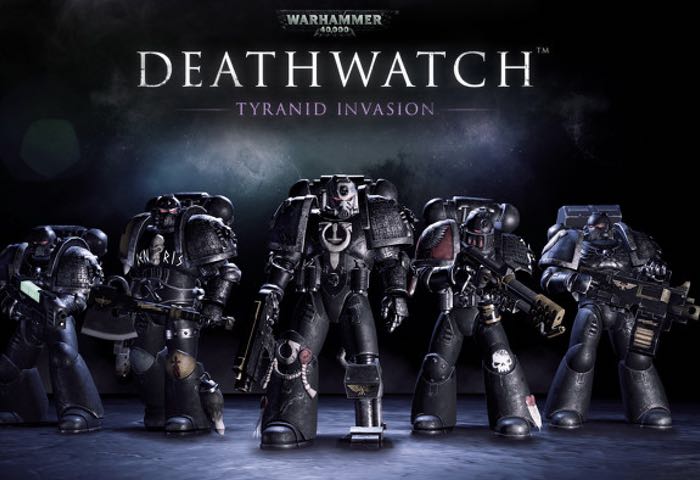 Later this week on Thursday, 16th July the new iOS game Warhammer 40K Deathwatch explodes onto Apple mobile devices around the world. Enabling those with iPad 4, iPad Mini 2, iPhone 5 or iPhone 5C running iOS 8.0 and above to play the new title.

The new Warhammer 40K Deathwatch game has been built by Warhammer Quest maker Rodeo Games and uses the Unreal Engine 4 games engine. Check out the teaser trailer below.

Within Warhammer 40K Deathwatch you to control a squad of Space Marines special operatives called Deathwatch and battle Tyranids in full 3D allowing you to view the action from all angles and rotate the battle when required.

Features include 40 campaign missions against the Tyranids, 2 – 4 player online battles, 40 unique Space Marines that can be equipped with over 200 Wargear items and 100’s of skills and abilities.

Deathwatch: Tyranid Invasion is a turn based strategy game, set on the edge of Imperial space, where your Space Marines will engage the Tyranids in a series of tactical engagements. From war ravaged cities, to the insides of Tyranid bio-ships, your mission will see your Kill Team rise in strength and skill as you face ever greater threats and peril.

Clad in black armour, the Deathwatch is an elite, secret order of Space Marines. Drawn from the greatest heroes of several Chapters of the Adeptus Astartes, they are dedicated to combating the ever present alien menace that threatens the Imperium. In the game you will be able to customise your Kill Team with over 200 different weapons and wargear relics, take on the campaign mode, or for the first time, in a Rodeo title, you will be able to test your ability against your friends in the async multiplayer mode.