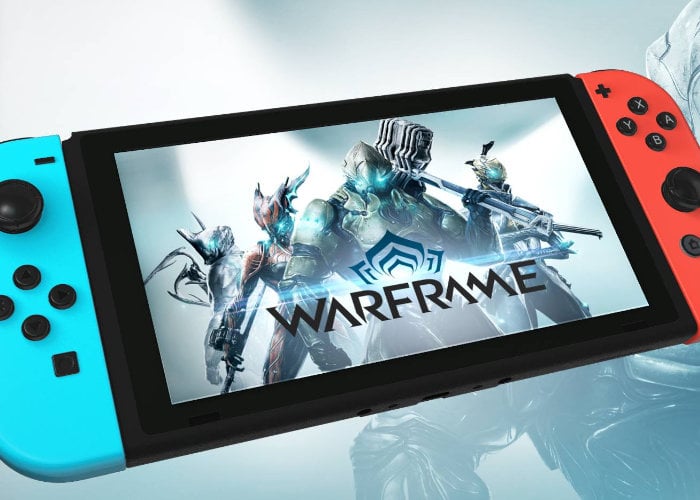 Expanding the user base of the free to play Warfare game, its developers have this week announced during the latest TennoCon event, that a Warframe Nintendo Switch edition will soon be available for free later this week. To whet your appetite check out the Warframe Switch gameplay embedded below.

When Warframe arrives on the Nintendo Switch games console on November 20th 2018, it will offer more than five years’ of game content including 23 major updates, three cinematic quests, one open-world update and 36 Warframes.

“With more than 38 million registered players worldwide, the cooperative, free-to-play hit Warframe is a third-person online action game set in an evolving sci-fi world. The game gives players the chance to master the Warframe armor as the enigmatic Tenno, a race of ancient warriors wielding blade and gun, who are awakened from centuries of cryo-sleep by the mysterious guide, Lotus, to restore order throughout the Solar System.”

“Cooperative Four-Player Gameplay: Warframe delivers dynamic 1-4 player cooperative play on Nintendo Switch on day one. All of the content up to the Mask of the Revenant update — updates, weapons, Warframes, items, gear — are included at Nintendo Switch launch. The current Prime Access program will provide players with access to Mesa Prime, Mag Prime, and Chroma Prime, and will be in-line with currently running Prime programs on all other systems at launch.