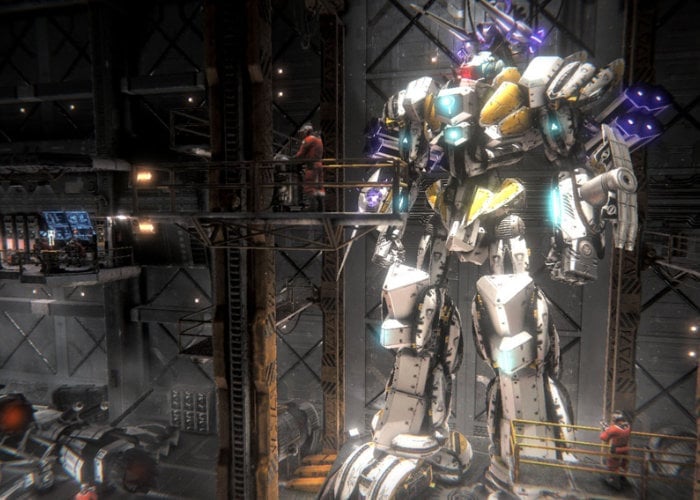 After previously launching on PC via Steam War Tech Fighters is now available to enjoy on the PlayStation platform, providing a science fiction space action game that combines both Japanese Anime and cinematic gameplay. Check out the launch trailer below to learn more about what you can expect from the game developed by Drakkar Dev and published by Green Man Gaming Publishing.

“War Tech Fighters is a space shooter action game featuring giant robots fighting in space. It combines the spectacular action of Japanese anime robots with a more western style of blockbuster movies like Pacific Rim. It has a very “arcade” design without the complex control schemes of simulation games, letting the player plunge into action from the very first mission. The ability to customize every part of the robot allows a huge number of combinations, giving the player control of aesthetics and performance. “

– Fully Equipped War Tech – Destroy your enemies in long-range combat with guns and missiles, or get up close and personal with swords and shields.
– Dual camera view – play and fight in Third or First person.
– Customization – Hundreds and thousands of combinations of mech parts, weapons, and colours to truly stand out on the battlefield.
– Perks – Tailor your fighting style with perks included in swords and shields
– Upgrades – Three base robot sets, each with specific bonuses, and over 180 upgradable robot parts.
– Research & Development – Research new upgrade projects to enhance your War Tech, and develop weapons ranging from missile launchers to anti-matter cannons.
– Level Up – Gain experience through combat to level up your War Tech pilot to gain improved attack and defence bonuses.
– Unlockable Special Projects – Explore space and collect hidden project parts to gain access to new War Tech sets, new swords, new shields and research projects.
– Intense Single Player Missions – Experience the first 33 missions of Captain Nathan Romanis’ battle across the galaxy.
– Simulator Bridge – Train your War Tech by replaying missions, or take on special Challenges to gain experience and add-ons to improve your machine.
– Survival Mode – Test yourself to the limit in three deadly infinite survival arenas, and walk away with special rewards. Compete with other players trying to reach the top in a global leaderboard.