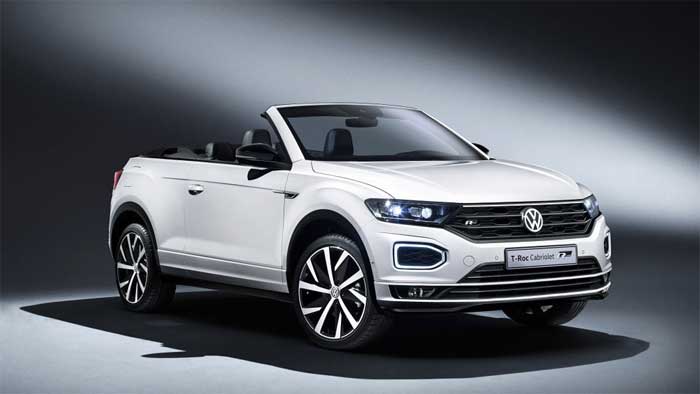 VW has launched a car into a space that has only had a smattering of offerings over the years. This is the drop-top crossover space. Sure Jeep has had raging success with the Wrangler convertible for generations, but that’s really the only drop-top SUV that people buy. The Nissan Murano CrossCabriolet was a disaster and not something anyone wanted.

Ranger Rover makes an Evoque convertible that doesn’t sell. Not VW has launched its T-Roc Cabriolet. VW promises that its roof won’t inflate with air when driving and the top stows behind the back seat. Only two can ride in the back compared to three in the normal T-Roc.

Engine options in T-Roc markets, which isn’t the U.S., will include a 1.0-liter turbo three-cylinder and a 1.5L turbo 4 making 148hp. Both come with a standard 6-speed manual, and the larger four can be had with a 7-speed dual-clutch.