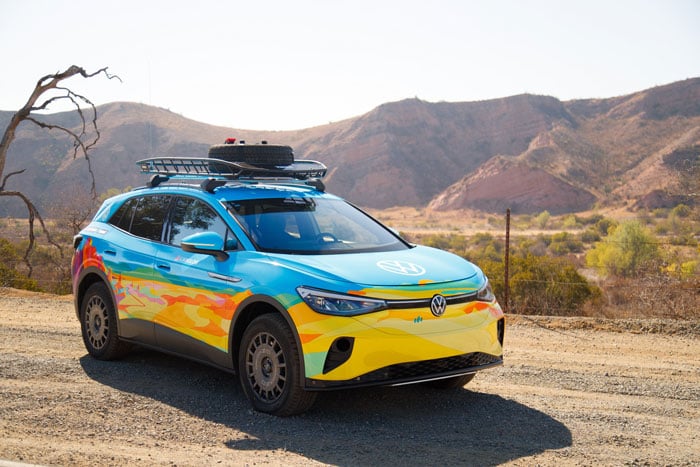 Volkswagen has announced that its electric ID.4 AWD will be participating in its first off-road rally. The event is called Rebelle Rally, and it’s an all-woman rally raid held in the deserts of California and Nevada. During the event, driver Mercedes Lilienthal and navigator Emily Winslow will drive the ID.4 AWD Pro electric SUV.

The event is being held October 7 through the 16th and will see the duo push the electric crossover across 1400 miles of harsh desert terrain. The event challenges both the vehicle and driving teams. Drivers navigators have to use their skills, navigation tools, and limited supplies to overcome challenges along the route.

The vehicle was modified for the event by Tanner Foust and Rhys Millen Racing with new suspension components, tubular control arms, skid plates, battery protection, and more. The EV also has Thule rack accessories and Yokohama Geolander A/T tires. The ID.4 AWD is rated for 249 miles on a full charge and produces 295 horsepower and 339 pound-feet of torque.