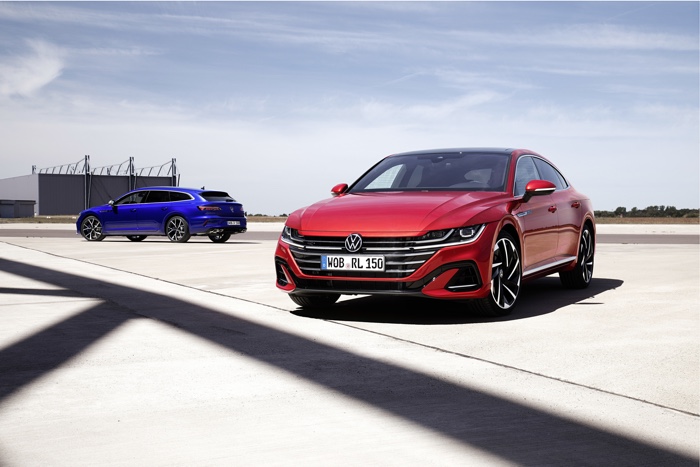 Volkswagen has announced that the new VW Arteon Fastback and Shooting Brake are now available to order on the UK, the cars were unveiled back in July.

Prices for the Arteon Fastback start at £35,435 and the Arteon Shooting Brake at £37,640, there are a number of different models in the range.

The enhanced Arteon is available to order today in nine configurations: five Arteon and four Arteon Shooting Brake models, with two engines available across both body styles. Three separate equipment lines are initially available, ahead of further variants and engines – including the eHybrid, higher-powered versions and an entry-level 1.5-litre petrol engine – arriving in the coming months.

Two Arteon specifications are carried over from the outgoing model: luxury and comfort-focused Elegance trim and sportily-styled R-Line, while the SE Nav equipment line serves as an enhancement of the previous, entry-level Arteon SE specification. The SE Nav is available now with the 2.0-litre 150 PS TDI diesel engine with 7-speed DSG, while Elegance and R-Line models open for order equipped with either this engine, or a 190 PS 2.0-litre TSI petrol unit with 7-speed DSG transmission.

You can find out more details about the new VW Arteon Fastback and Shooting Brake over at Volkswagen at the link below.