The Zuzix Wrap 1200AR is a near-eye display system, which has been created to display video content provided by a Windows based PC. The AR glasses include a pair of cameras, mounted in front of the displays, which then capture the world around you, from your viewing angle and perspective. Watch the video after the jump to see it in action. 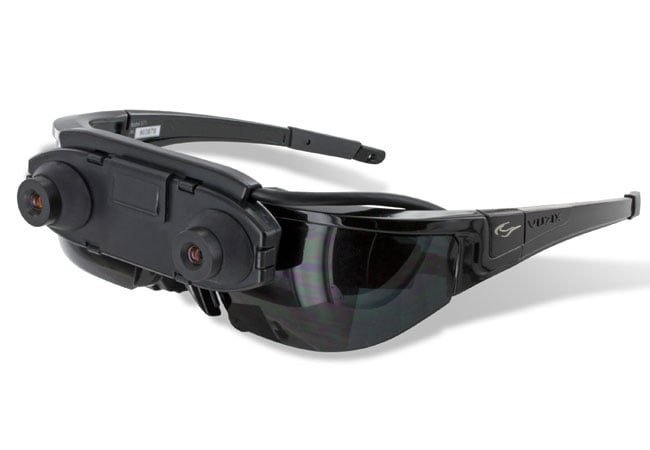 Vuzix explains a little more about their new Vuzix Wrap 1200AR augmented reality wearable display: “The Wrap 1200 series of eyewear provides exceptional personal adjustability and video clarity. Individual left and right eye focus and eye-separation are combined with Vuzix patented AccuTilt technology. These advanced display features and a 75” virtual display, as seen from 10 feet (~3m), enable you to take a superior display system and tune it to your personal requirements. Coupled with our popular stereo camera system you can capture and display 2D and 3D video like never before.”

The new Vuzix Wrap 1200AR augmented reality wearable display, is now available to purchase for $1299 or €1499.