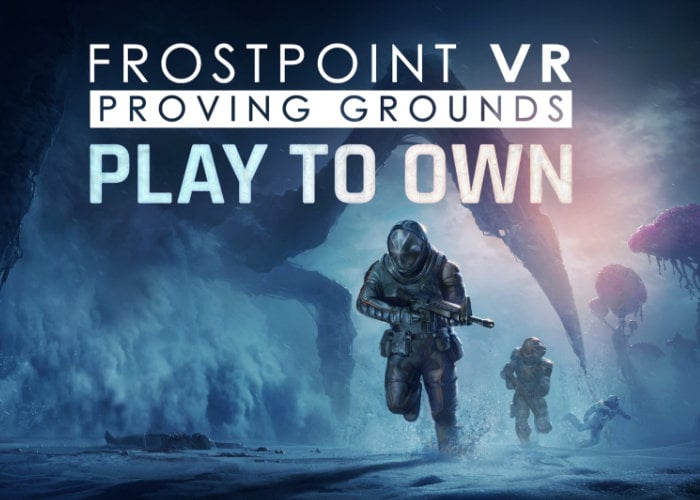 “Set in an abandoned military base in Antarctica, each team will need to gear up and set out to dominate the opposing team while protecting themselves from terrifying biomechanical creatures.”

“Players are matched into 10v10 teams and coordinate their tactics through approach, strategy, and gear to dominate the enemy team through beautiful maps and engaging game modes like capture and control.”

“Over a dozen rifles and pistols have been recreated in painstaking detail, allowing you to realistically hold each with one or two hands, and load, rack, fire, and clear them, as well as change firing modes. Tools and munitions help round out your arsenal, including grenades, health kits, armor upgrades, turrets, and tracking upgrades.”