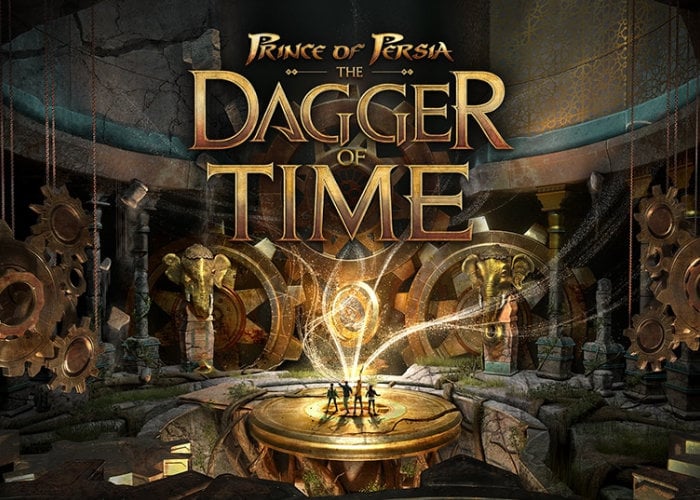 Be soft is reviving the Prince of Persia franchise with a new virtual reality escape room aptly named “The Dagger of Time”. The VR escape room has been developed by Ubisoft Düsseldorf – which also created two Assassin’s Creed VR escape rooms, Beyond Medusa’s Gate and Escape the Lost Pyramid.

Based on The Sands of Time trilogy, Prince of Persia The Dagger of Time VR experience challenges players to explore, virtually climb, and use magical powers to solve puzzles with room-scale VR in a dedicated physical space. Opening worldwide this spring, gives teams of up to four players the chance to work together to solve puzzles and use the titular artifact’s powers to stop, rewind, or fast-forward time. The experience will be available at over 300 locations around the world, with details on locations and venues available via the Ubisoft website.

“Prince of Persia: The Dagger Of Time is a Virtual Reality Escape Game set in the world of Prince of Persia which enables you to experience time control. You will be able to experience something impossible in real life: to slow, stop or even rewind time! The Dagger of Time takes place in the setting of the Prince of Persia Trilogy (Sands of Time, Warrior Within, The Two Thrones). Players are summoned to the Fortress of Time by Kaileena to stop an evil Magi. Kaileena restores and gives the Dagger of Time to the players so they can reach the Hourglass Chamber and use it to stop the Magi.”