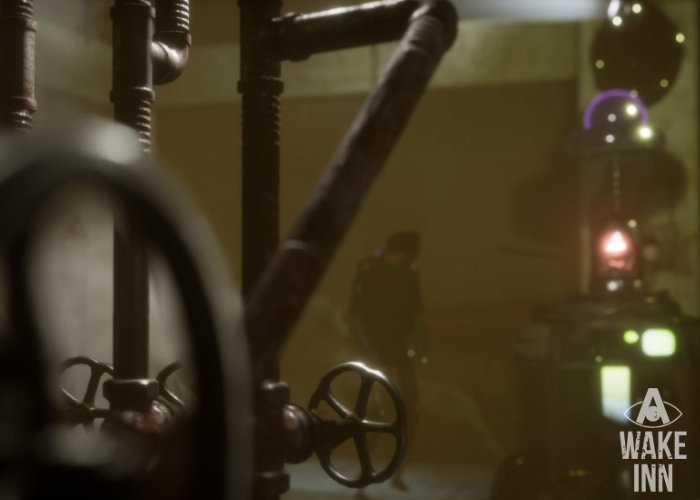 A new virtual reality horror adventure game will be launching early next year in the form of A Wake Inn, the indie game created by VR Bros. Wake Inn is a PC VR horror game with elements of action, storytelling, exploration and puzzles, explain its developers. You wake up as a human sized doll in an abandoned, retro style hotel, where apparently something bad happened in the past. And strange machinery definitely had something to do with it – you’re the one to find out what is your role in this history.

“Put your VR goggles on to explore dark corridors of an abandoned hotel using realistically controlled wheelchair, and face strange army of living dolls. But you won’t be alone – mysterious voice will accompany you via shortwave transmitter. Just make sure, who really pulls the strings in this world.”

– Immersive wheelchair control system – just sit on a chair and use controllers to move your wheels.
– Interactive items, like a shortwave transmitter which allows you to keep in touch with the mysterious character that’s leading you through the game, a flashlight that lights up the darkness of hotel passages (but only if you have the batteries), radio with custom stations, or the cinema room, where you can screen movies from reels you found around the hotel.
– Environmental storytelling based in an old art deco hotel designed in detail.
– Moody soundtrack and sound design referring to classics of horror.
– Dynamic, physic driven enemies, who can be avoided by sneaking mechanics, or taken down with melee weapons.