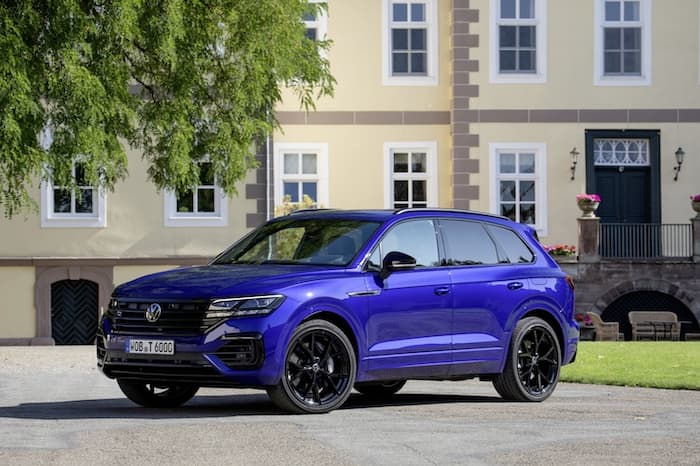 The Volkswagen Touareg R is now available to order in the UK and the cars starts at £71,995, it features a 3.0 litre TSI eHybrid system that produces 462 PS and 700 Nm of torque.

This high end SUV is now available to order in the UK and it comes in a range of different models including a Black Edition. 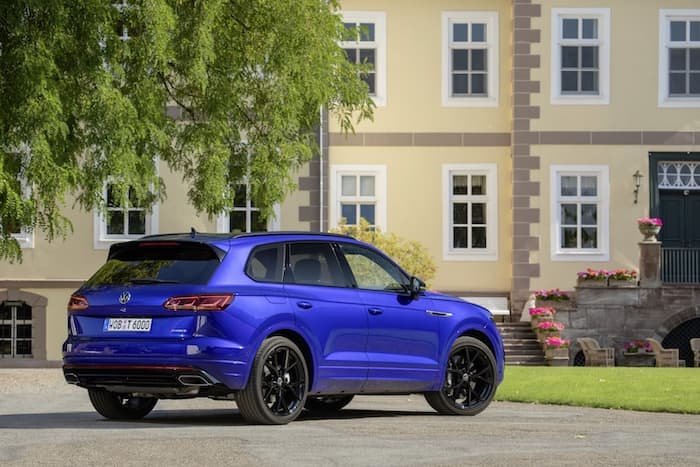 At the heart of the Touareg R is a sophisticated 3.0-litre V6 TSI eHybrid plug-in powertrain. Not only is it powerful, but it is also smooth and refined and, moreover, is frugal enough to make the R the most running-cost-friendly model in the Touareg range, with fuel economy and CO2 emissions of 94.2 mpg and 67 g/km (WLTP combined cycle) respectively. A 28-mile electric-only range accessible in the Touareg R’s E-MODE adds to the model’s low-CO2 credentials, with the 14.3 kWh (net) battery reducing running costs for this versatile performance SUV.

The Touareg R is not only a performance stand-out in the Volkswagen range, but is also comprehensively laden with features, with numerous innovations combining to represent considerable value against competitors, as well as an equipment list that marks the newcomer out as a technological tour-de-force.

You can find out more details about the new Volkswagen Touareg R over at Volkswagen at the link below.