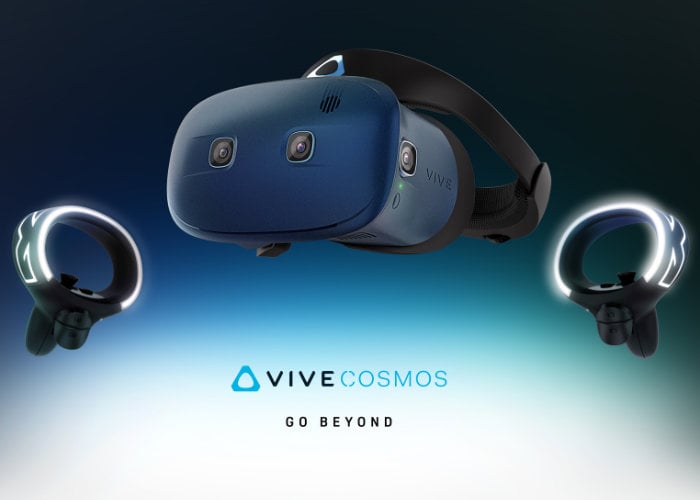 After officially unveiling their new Vive Cosmos virtual reality headset back in January, HTC is now gearing up to launch their new hardware sometime during quarter three 2019 it has been rumoured. No official announcement has been made on pricing or availability for the Vive Cosmos but the company has been indicating that this could happen sometime within Q3 2019.

The Vive Cosmos 6DOF standalone VR headset comes complete with room-tracking and controller-tracking integrated into the headset itself. “We found that over 85% of VR intenders believe that ease of use and set up is the most important factor to consider while purchasing a headset,” said Daniel O’Brien, GM, Americas, HTC Vive. “We believe Cosmos will make VR more easily accessible to those who may not have invested in VR before and also be a superior experience for VR enthusiasts.”

“VR without boundaries. – Prepare yourself for striking graphics, lifelike sound, and an immersive experience. Bring it home or to the office. Play it at a friend’s. It’s all made possible with the new VIVE tracking system. With wide and accurate tracking, gesture controls, and a six-degrees-of- freedom (6DoF) headset-and-controller setup, VIVE Cosmos promises a deeply engaging VR experience right out of the box.”

As soon as more information about the new Vive Cosmos VR headset is announced we will keep you up to speed as always.