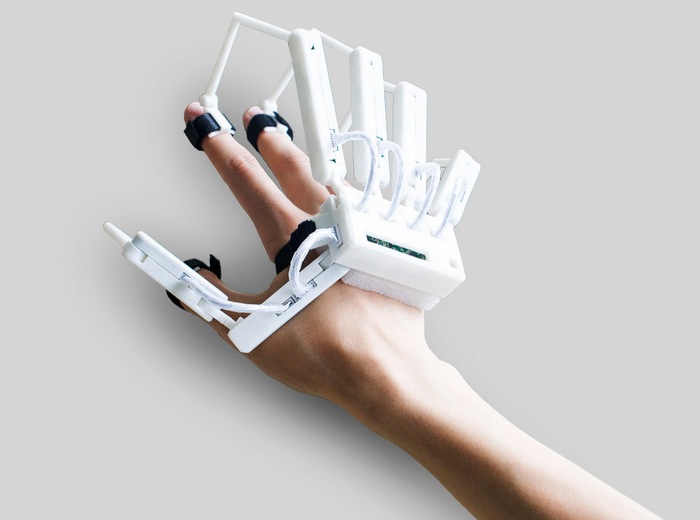 This week Dextra Robotics has unveiled and explained more about their new virtual reality exoskeleton glove called the Dexmo which is currently in a beta development stage, via a Reddit AMA.

The Dexmo virtual reality glove has been specifically designed to enable users to touch objects and interact with them in a virtual reality environment such as that provided by the Oculus Rift or similar. 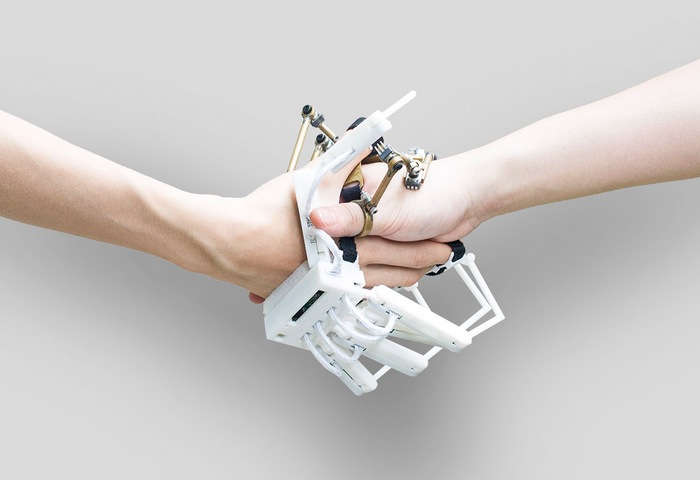 The Dextra Robotics glove can also be linked to the STEM controller system, the Dexmo glove is currently still under development and the team behind the innovative device are working on several approaches for capturing the hand motions for VR. Dextra Robotics explain a little more:

“Dexmo is a wearable mechanical exoskeleton that captures your hand motion. It provides the possibility for a new type of human-machine-interaction in the field of robotics and virtual reality. Dexmo senses three to fours degrees of freedom of motion for the thumb, and both the split and bending of the rest four fingers. These data along with the forward and inverse kinematics algorithms built in SDK can provide developers an relatively accurate hand model skeleton.

Dexmo is designed with the principle of being dexterous, accurate, and affordable. Conventional hand motion capturing approaches generally costs thousands of dollars which is very far away from the consumer level. Dexmo on the other hand cost less than two hundred dollars. We manage to make it truly affordable for developers and future consumers.”

For more information on the new Dexmo VR glove jump over to the official website Dextra Robotics for details and photo of early builds.