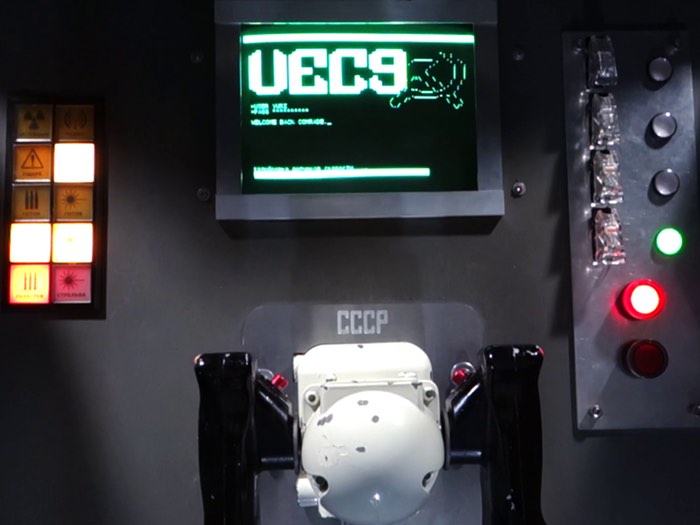 If you enjoy retro gaming you might be interested in a new arcade game that is launching called VEC9 which will be the first vector arcade game to be released in 30 years.

VEC9 is the , the only true 3d vector arcade game to be released besides Star Wars — and the only one to let you smash capitalist aggression for the glory or Mother Russia.

The hardware and game were developed over several years by Andrew “Batsly Adams” Reitano, Mike Dooley, and Todd Bailey. The monitor originally started with a Craigslist whim — and ended with a custom designed, FPGA based vector video card, a gunner’s control from an M1 Tank, a separate monochrome HUD, an air raid siren, and a fully functional ruble acceptor.

It uses a salvaged Asteroids monitor, which is an analog X-Y display not unlike an oscilloscope. It trades color and speed for essentially infinite resolution and (monochrome) brightness.