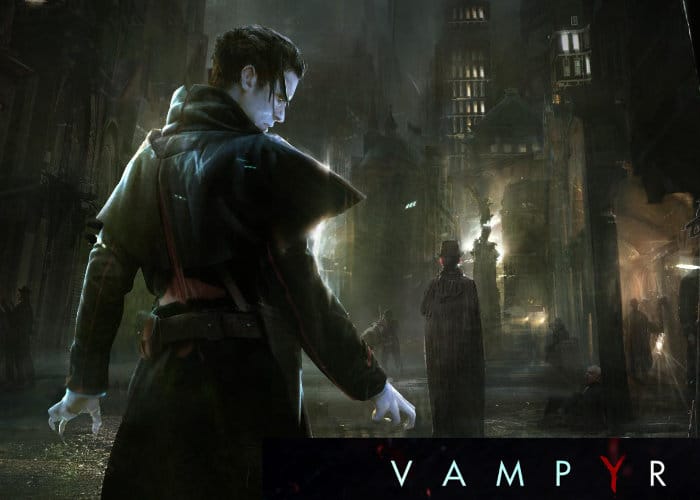 Tomorrow the highly anticipated launch of the new Vampyr action adventure role-playing game will take place, allowing Xbox, PlayStation and PC gamers to enjoy the vampire inspired, narrative-driven action RPG from DONTNOD Entertainment. During Vampyr and as the name suggests players take control of newly-turned vampire Dr. Jonathan Reid allowing them to stalk or save the streets of 1918 London.

Vampyr officially launches tomorrow June 5th 2018 and a new launch trailer has been made available to wet your appetite ahead of the game’s launch. Providing a quick glimpse at what you can expect from the storyline gameplay and characters.

“In Vampyr you play as Dr. Jonathan Reid, a famous surgeon and blood transfusion specialist freshly turned into a vampire after arriving back in his home city of London following the Great War. A man of logic and science, Reid’s firm beliefs are turned inside-out upon awakening to a once-hidden world of secret societies, ungodly creatures and ancient orders set upon ending his existence. All the while, London’s population crumbles under the pressure of a terrible disease – and Dr. Reid may be the city’s last hope to stop it.

Every citizen in Vampyr’s London has their own story, life and personal quests – and every last one can be spared or sacrificed in Reid’s quest. Reid is a vampire, and the fastest way to evolve and unlock new supernatural abilities for combat is by drinking the blood of the living. Deadly encounters plague the doctor’s journey, and each citizen offers a tempting source of power… but there will be consequences. Your actions will save or doom London.”