Nvidia has announced today that the awesome Portal game created by Valve will soon be landing on Nvidia’s Shield handheld games console, which has also been dropped in price for a limited time down to $199, by Nvidia.

Nvidia has also today announced a new Pascal GPU will be launching in 2016 and the launch of a new insanely powerful graphics card in the form of the Nvidia Titan Z which is priced at a cool $3,000. 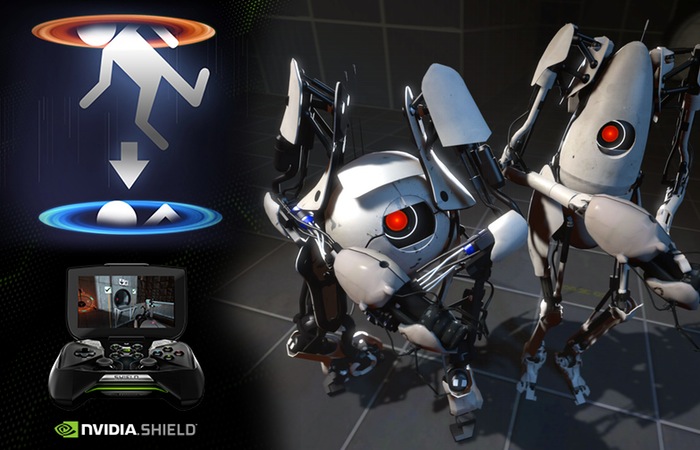 Portal a hybrid of FPS and puzzle style game is the winner of over 70 industry awards and has a 95% MetaCritic score. Doug Lombardi at Valve explains :

“NVIDIA has created a very powerful and unique device with SHIELD,”-“Our companies have a strong history working together and we’re looking forward to Portal‘s arrival on SHIELD.”

Nvidia has not as yet announce the arrival date for the awesome Portal game but as soon as any more information is announced by Nvidia we will keep you updated as always.