Valve has just announced that they have opened the doors on their new Steam Community market place, enabling Steam users to now enjoy the new service in its bets development stage.

Valve has created the new Steam Community Market to allow gamers to buy and sell in-game items with other players for Steam Wallet funds. 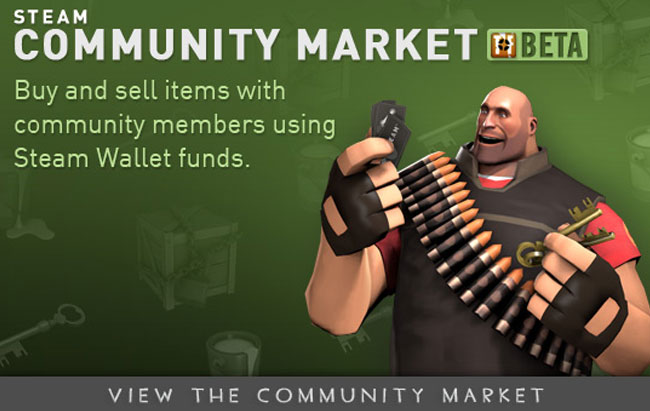 In its beta development stage the Steam Community Market will support Team Fortress 2 until the new year when Valve will add a selection of new games.

Tony Paloma of Valve explained: “With over a half million trades made every week, the trading system has been very successful,”-“Extending game economies beyond trades and giving players a way to turn gameplay into funds for new items and games is a key component for moving that success forward.”

Items purchased within the Steam Community Market are subject to transaction fees, which are collected by Steam and used to protect against nominal fraud incidents and cover the cost of development of this and future Steam economy features, Valve explains. But during the beta development stage, this fee will be 5-percent (with a minimum fee of $0.01), and may be increased or decreased in the future.

Jump over to the Steam Community Market beta to check it out.