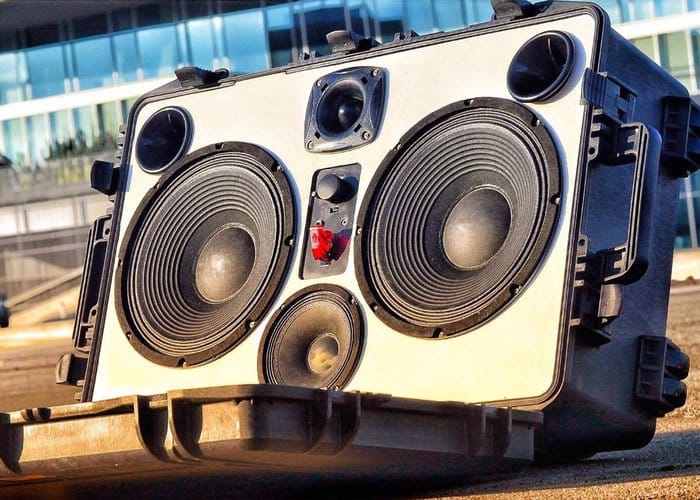 NjordAudio based in Denmark has this week launched a new Kickstarter crowdfunding campaign for the Valkyrie speaker, which its developers say is the world’s loudest battery powered speaker currently available. The next generation of Bluetooth speaker is equipped with a 24V / 20ah rechargeable battery allowing you to enjoy from 8 to 60 hours of playback depending on the volume you choose.

When flat the Bluetooth speaker is equipped with fast charge technology that allow the battery to be charged from flat to full in just three hours. Watch the demonstration video below to learn more about the design, construction and technology incorporated into the world’s loudest battery powered speaker.

The Valkyrie Bluetooth speaker is now available to back via Kickstarter with ultra early-bird pledges available from £722 or roughly $990 or €820 depending on your location, offering a considerable saving off the expected retail price of $1600. If all goes well the Valkyrie speaker is expected to start shipping out to backers during May 2018.

The Valkyrie speaker is housed in a robust carry case fitted with four rugged handles and enough protection to help you transport your battery powered speaker safely from one venue to the next. Internally the speaker is fitted with a “high-end” Digital Signal Processing/DSP unit which optimises the frequency response to guarantee crystal-clear audio even at the loudest volume, say its developers.

For more details, specifications and a full list of all available pledges jump over to the official Valkyrie NjordAudio Kickstarter crowdfunding campaign page by following the link below.