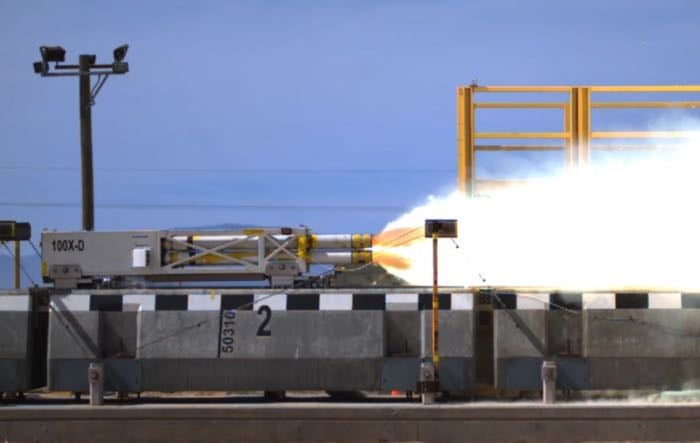 The US Air Force has broken the MagLev world speed record by accelerating a sled down a magnetic track and 633 miles per hour.

The new world record was set at the Holloman Air Force Base by the 846 Test Squadron using a sled and a track with superconductor magnets, have a look at the video below.

With the flick of a spark the 846th Test Squadron’s magnetically levitated sled system, or MagLev, broke a world record. Followed by a plume of smoke, the rocket propelled sled zipped down the 2,100 foot track at 633 miles per hour.