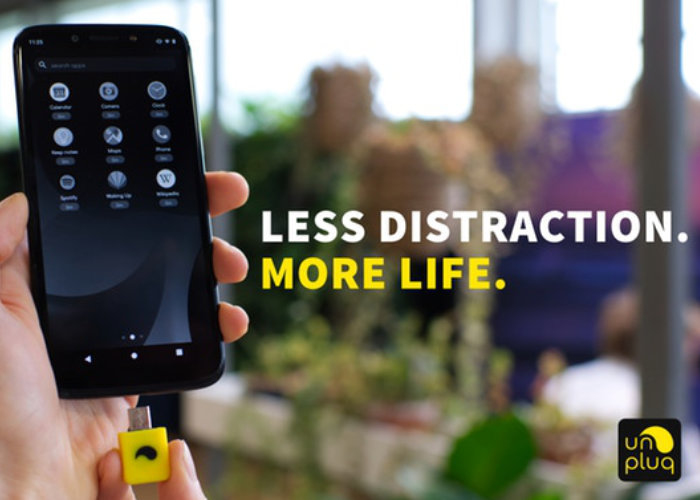 Watch the demonstration video below to learn more about the small Unpluq device which plugs into the charging port of your smartphone to provide you with a break from distractions. Early bird pledges are available from €19 or roughly £16 and the Unpluq has been created by a development team based in Delft in the Netherlands.

“Unpluq is the device to help you win the battle for your attention. It gives you time to focus on the things you find meaningful in life. With the addition of a physical key, you have to make a conscious decision to physically plug the key in and access distracting apps. Furthermore, we give you the option to create the barrier to distraction yourself: you can decide where to store the Unpluq key when you want to focus. Unpluq is the combination of a hardware key (the Unpluq key) and a custom Android launcher (the Unpluq Launcher). A launcher is the software on your phone that allows you to open other apps – it’s what you see when you press the home button. “

“By detaching the Unpluq key from your phone, the launcher switches to Unpluq mode, in which only apps of your choice will be available and notifications of all other apps will be blocked. Yet when you make the conscious decision to plug the Unpluq key back in, you will have the functionality of your entire phone, and the notifications that were blocked while you were in Unpluq mode will be shown to you.”