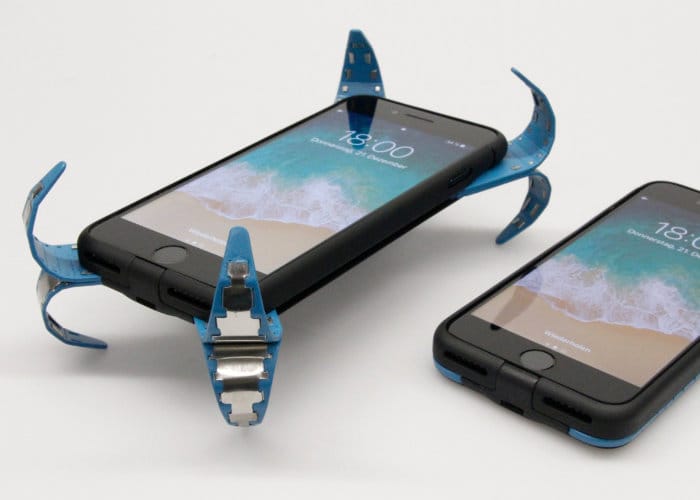 Philip Frenzel, an engineer at Aalen University in Germany has created a unique smartphone case that is capable of deploying a protective springs from each corner to protect it if dropped. As you can see from the image above the the corner protective arms deploy when the phone is detected to be free falling and deploys before your smartphone hits the floor. 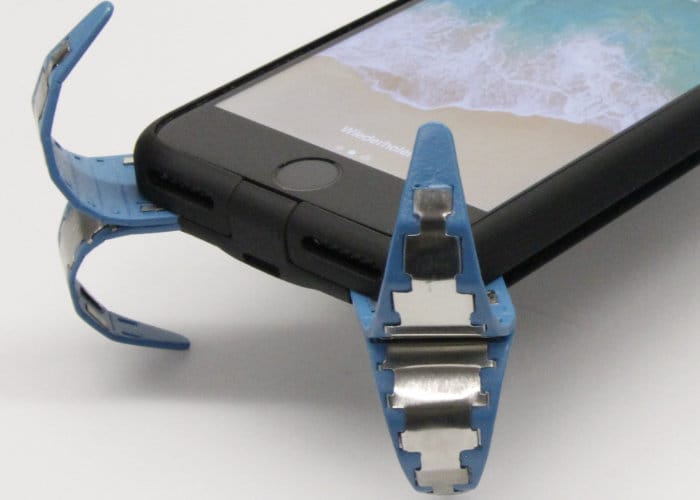 The unique smartphone case design has been awarded the top award from the German Society for Mechatronics, and beat other projects from students all over the country. The corners of the smartphone case acts like springs allowing the smartphone to come to a safe landing rather than hitting a hard object. Frenzel has already applied for a patent, and even printed T-shirts with a catchy logo.

Early concept ideas initially wanted to deploy an airbag around the phone but eventually this was superseded with the design that you see today after proving that some ideas are just not practical. To learn more jump over to the websites via the links below.