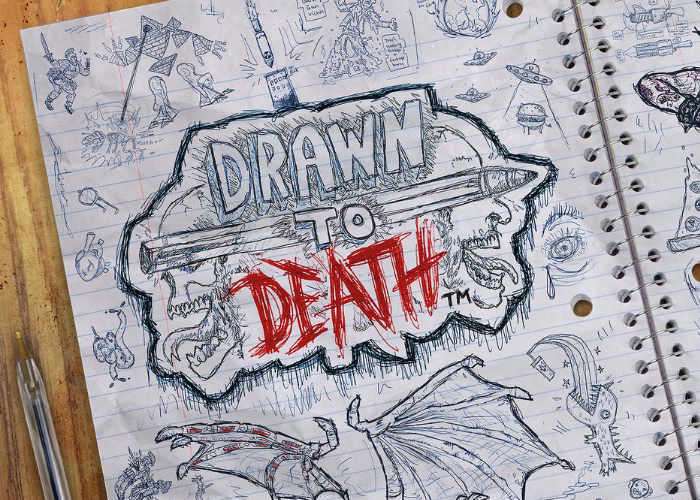 A new fast-paced, highly stylised shooter in the form of Drawn to Death will be launching on the PlayStation 4 in a few months time on April 4th 2017 and has been created by David Jaffe.

Check out the promotional trailer below to learn more about how Jaffe and has included much of his own experiences in the chainsaws, ninja sharks, and gunslinging demons within the game, as well as significant contribution players have had on the game’s design.

There are lots of hero shooters popping up these days, but Drawn to Death is unique. Obviously it looks unique, but also — and more importantly — it feels unique. The “time to kill” is long in Drawn to Death. Like, really long. We do this because we want players to have more chances for chases across the maps — where tables get turned and map knowledge allows hunted players to become the hunters.
 
Our game modes only support four players. Sometimes when people hear this they don’t like it. But for us, it’s a strength of the game. A high “time to kill” and too many players in a match ends up making a lot of shooters feel chaotic and random. We wanted Drawn to Death to play differently.

We want it to be super fast (And it is!) but not so chaotic that you can’t track what you need to track. For us, it’s imperative that Drawn to Death players are able to focus on specific enemy behavior. One of my favorite things in Drawn to Death is when I start to learn how a specific player on the battlefield is playing and I adjust my playstyle to that person. This is very hard to do when you’ve got lots of players to worry about and you’re dying every 45 seconds.

How do we create that feeling of fun in Drawn to Death? We make sure the game gives players the sense that success or failure in a match was up to them and their choices. So if a player loses, they’re able to easily comprehend the moment to moment of the game well enough to have a good idea of what they must do to improve. And that way, when a player pulls off a win, they feel it’s because of their mastery of the game. Because it is!