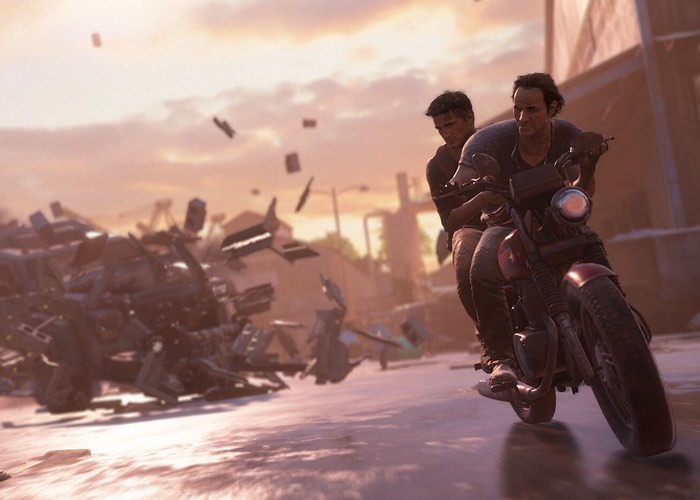 PlayStation gamers interested in seeing what the hugely popular Uncharted 4 game may look like if it was to run at 60 frames per second on the PlayStation 4, are in for a treat.

The video below has been captured by recording Uncharted 4 footage using the “unlockable” slow motion mode, then sped up the footage for full frame-rate by 200 percent to provide the effect of watching the game at 60 frames per second.

With the results of the 60 fps demo looking so good, the team over at Eurogamer asked the question why the PS4 Proconsul couldn’t offer 1080p at 60 fps?

As things stand, Naughty Dog chose to go down a different path based on what we saw at the PlayStation Meeting. In common with all of the Sony first party demos, the Uncharted 4 PS4 Pro demo operates at a much higher resolution than 1080p (Naughty Dog’s Arne Meyer wouldn’t talk specifics on-site) and it utilises HDR. However, performance is unchanged at the game’s standard 30fps target. Whether a higher frame-rate mode will make it into the final game remains to be seen, but we suspect that Naughty Dog has its hands full optimising for just the one PS4 Pro target.

So in the wake of this remarkable footage, the question is really why PS4 Pro can’t be a 1080p60 box, bearing in mind the huge increase in GPU resources. Well, what’s clear is that PS4’s base hardware design has a clear GPU power skew as opposed to its CPU provision – and that is even more unbalanced in PlayStation 4 Pro. Graphics capabilities are up 130 per cent, but the AMD CPU cluster only sees a 30 per cent uplift. Doubling up raw throughput could well push the CPU component beyond its limits.

And this may well explain the mooted performance levels of the various PlayStation 4 Pro modes built into the upcoming port of Rise of the Tomb Raider. There’s a 4K optimised mode, a maxed-out 1080p30 preset but also the ability to run the game with an unlocked frame-rate, said to produce results in the 40-60fps range. Bearing in mind that the 4K mode looks rather nice, the notion of a 1080p mode not hitting 60fps seems hard to believe – unless there is a non-graphics bottleneck, of course.

For more information on the new footage and a hands-on first impression of the PS4 Pro jump over to the Eurogamer website for details by following the link below.