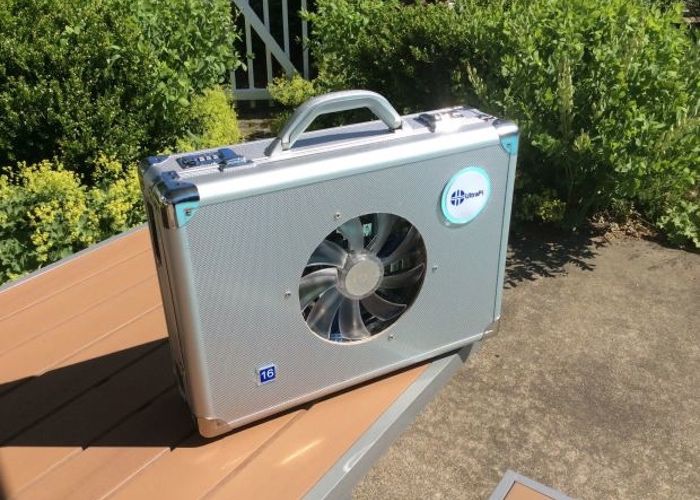 The UltraPi 16 is a 16+1 node supercomputing cluster built into an 18-inch by 13-inch by 5-inch briefcase and is powered by 17 individual Raspberry Pi 2 single board mini PC systems, but needs a custom board to run more efficiently. 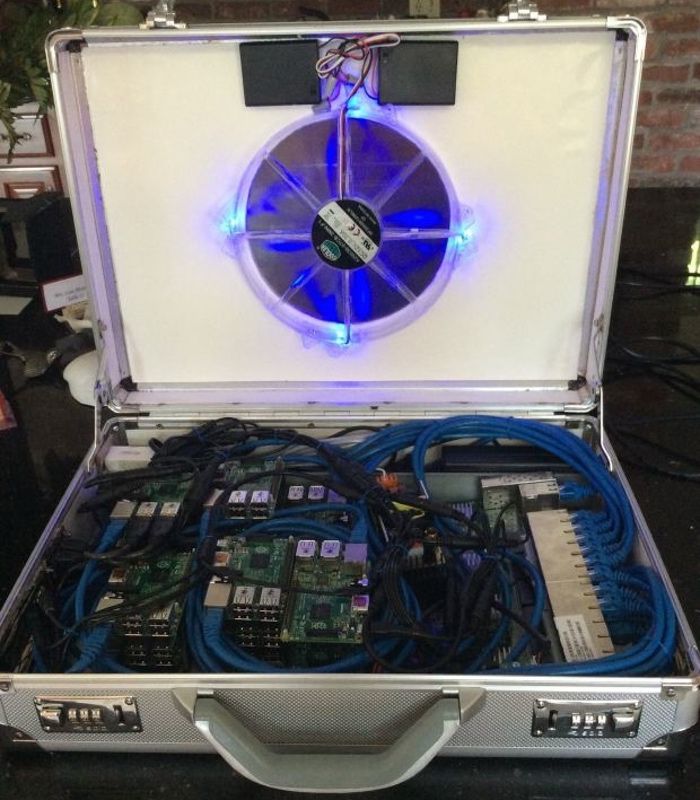 Watch the video below to learn more, its creator explains :

Why not build a Raspberry Pi Supercomputing Cluster into something compact, durable, transportable, like a briefcase, perhaps? Build in a gigabit Ethernet switch. And give it a cool, shiny look, to boot. Maybe even include a giant blue LED fan!

Our prototype has a significant amount of cabling, for networking and power to the Raspberry Pi boards. We will design a board with integrated RJ45 connectors, and Ethernet on-board, so the Pis can plug right in, and be swapped out easily. There will also be a daughterboard to supply 5V to Pis via the micro USB connectors. Ideally, the network switch will be incorporated into this board, as well.

The UltraPi project is currently over on the Kickstarter crowd funding website looking to raise $113,790 in pledges to make the jump from concept to production. So if you think UltraPi is something you would like to support, visit the Kickstarter website now to make a pledge.