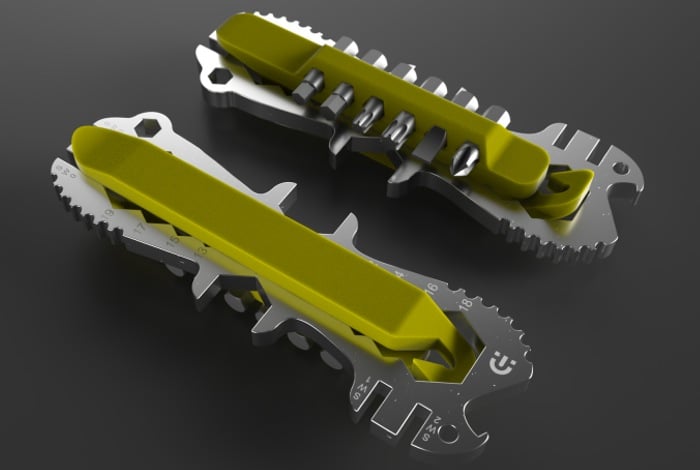 Local Motors has this week unveiled a new pocket sized bike tool kit called the Ultimate Bike Tool, which could possibly be the only bike tool kit you will ever need for your cycling and biking adventures.

The Ultimate Bike Tool is equipped with 24 components including wrenches, tire levers and driver bits all packaged in a neat pocket sized tool. Watch the video after the jump to learn more about the pocket bike tool kit project from Nyko DePeyer and see it in action. 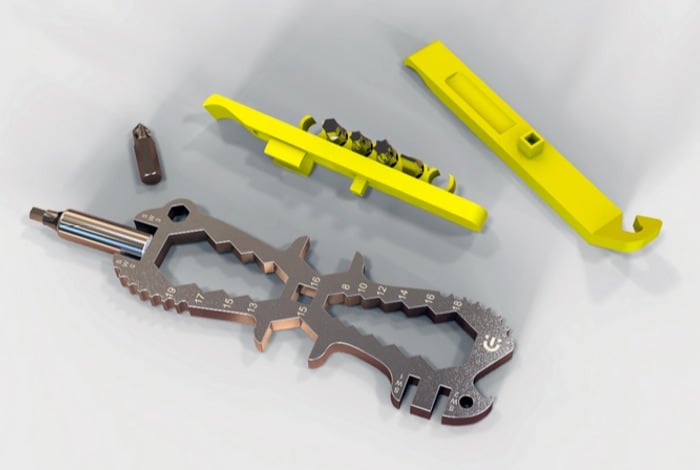 The design was created as just a rendering by designer V-Lab to start, but Local Motors’ design community manager Nyko DePeyer discovered the bike tool kit renderings online and after taking a trip to Croatia and discussing V-Lab’s concepts, DePeyer brought it back to Local Motors’ micro-factory for prototype development.

“Universal Bike Tool was conceived by Marko Prpic and Tomislav Veltruski (V-lab). We wanted to make a compact, high quality all round tool for bicycles and motorcycles.

The idea was to fit as many tools in as small space as possible, so there are 7 even and 5 odd wrenches, 4 spoke wrenches, 2 tire irons, bit adapter, 90° and 180° bit adapter mounts, 6 most common bits, perpendicular bit wrench and the most important tool, beer opener! Two “open” wrenches are for pedals and jagged edges are there to give your shoe sole some grip when you step on it as you tighten the pedal.”

For more information on the new V-Labs bike tool kit jump over to the Local Motors website for details and more images of the prototype design currently being worked on.