UberMedia the creators and developers of a number of Twitter apps for both mobile and desktop devices maybe starting its own Twitter competitor according to a report by CNN. With UberMedia creating its own microblogging platform to attract users who would prefer an alternative to Twitter.

Twitter and Ubermedia have not been seeing eye-to-eye at the moment and have had a number of high-profile run-ins of late. In February, conflicts over Twitter’s terms of service led to several UberMedia applications being temporarily blacklisted and locked out from access to the Twitter feed service.

The proposed competing microblogging platform might just be a backup plan for UberMedia, just in case anything should drastically go wrong with their relationship with Twitter, only time will tell. 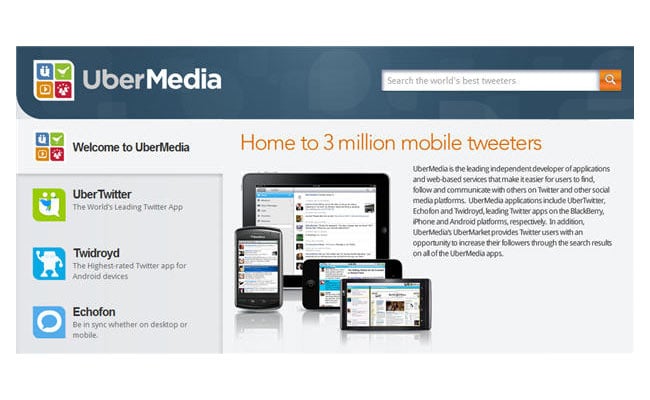 UberMedia programs accounted for about 11.5% of tweets sent on one day last month, according to a study by market research firm Sysomos. Which would help if UberMedia did decided to launch their own microblogging platform and give them the advantage over Twitter competitors that have tried and failed in the past.