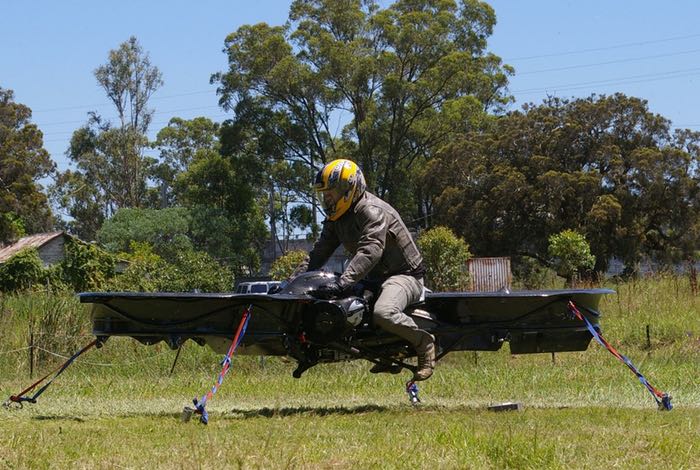 During the Paris Air Show last week, Malloy Aeronautics the company behind the Kickstarter hoverbike project that is capable of carrying a passenger.

Have announced a partnership with Maryland-based Survice Engineering, a long-time US DoD defence contractor, to develop and manufacture hoverbikes for the U.S. Army in Maryland, as a cheaper alternative to helicopters for certain missions.

Watch the video below to learn more about the quadcopter hover bike that is capable of being rode by a user. Mark Butkiewicz from Survice explains more :

The Department of Defense is interested in Hoverbike technology because it can support multiple roles. It can transport troops over difficult terrain and when it’s not used in that purpose it can also be used to transport logistics, supplies, and it can operate in both a manned and unmanned asset. It can also operate as a surveillance platform.

Unfortunately no time limit has been announced as yet, when the first hover bikes will be adopted by the U.S. Army but as soon as we any more information comes to light we will keep you updated as always.