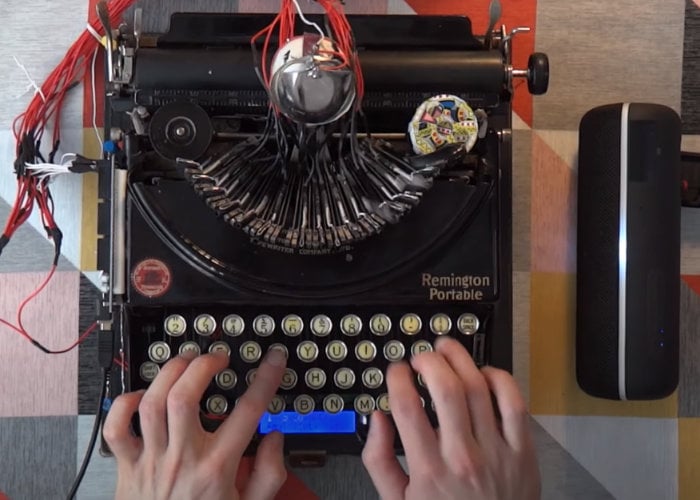 Maker and YouTube William Sun Petrus has converted an old 1920’s typewriter, check out the tutorial below to learn how you can transform a Remington portable typewriter into a MIDI controller using a little Arduino programming and hardware with great results.

“William Sun Petrus has done the impossible… well, the improbable and turned his 1920’s Remington Compact Typewriter into a MIDI controller! Armed with a typewriter, an Arduino Nano and some standalone programs – he’s made it possible use the hammer contacts with the “live plate”, which will send a signal to the Arduino which will, in turn, send MIDI. He’s created a tutorial and run down of the setup to show its inner workings as well as an extended cut of the original video. The Arduino code is also hosted on his GitHub page, if you’d like to finally put to use the 1920s Remington compact typewriter you have lying around. “