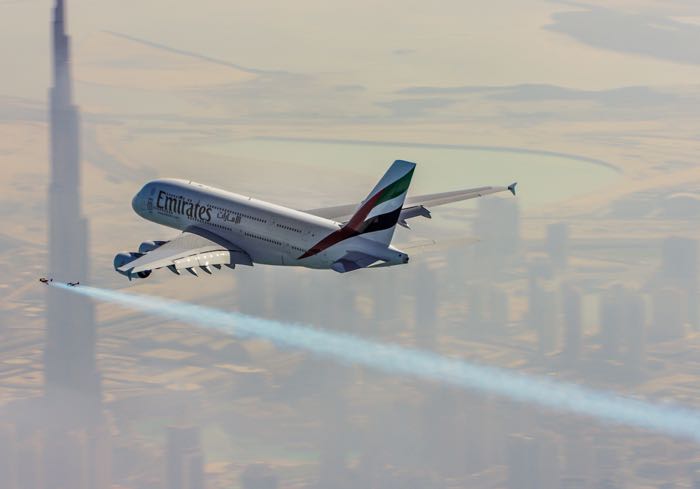 We have seen a number of videos featuring Jetman Yves Rossy, the latest one has to be the coolest of his stunts to date.

Yves Rossy and fellow Jetman Vince Reffet flew alongside and Airbus A380 above Dubai, the two Jetmen were flying at 4,000 feet with the Airbus alongside and a helicopter above all three filing.

The carefully choreographed aerial showcase involved the world’s largest passenger aircraft flying at 4,000 feet in two holding patterns. The A380 aircraft was then joined by the Jetman Dubai duo, experienced pilots and operators of the smallest jet propelled wing, who were deployed from a helicopter that hovered above the aircraft at 5,500 feet. The duo conducted formations on both sides of the aircraft and joined to one side thereafter before breaking away.

It took a serious amount of planning to make sure that the two Jetmen and the Airbus could fly alongside each other, you can find out more details about this amazing stunt at the link below.