Last month, Twitter updated its iOS and Android applications giving them a whole new look and feel, along with a bunch of new features and improvements.

Recently, Twitter rolled out a new, redesigned interface for its website which looks quite similar to its mobile applications on Android and iOS, and comes with a white navigation bar on the top. 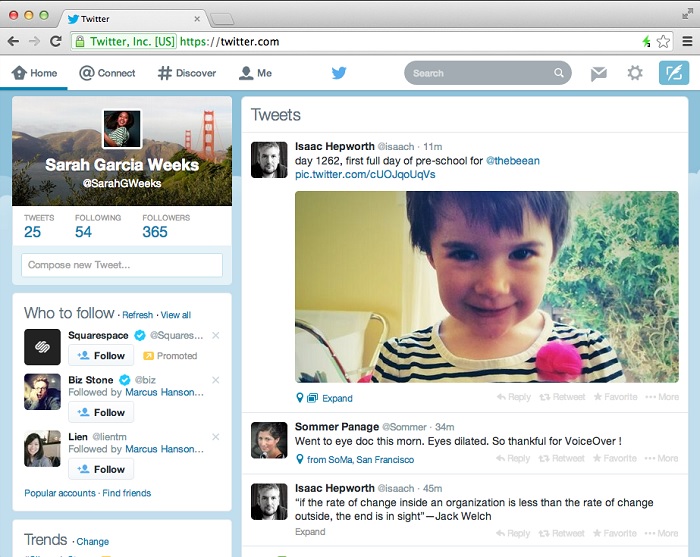 The new interface looks more elegant, and comes in line with the interface of its mobile applications. The navigation buttons at the top remains the same with a sidebar showing you the profile information while the right sidebar displays tweets as before.

You may not notice many change, but one of the most notable one is the compose new tweet box that now appears in the sidebar when you open your profile. The compose tweet pop up box is still there in the navigation bar in case you want to use it, but this should come in handy or many of us.

The latest version of the interface also give users the ability to add accent colors to personalize their profiles from the settings.