Twitter has released a software update for its Android and iOS apps, the update brings a range of new features to both apps, including photo tagging.

The updated Twitter apps for iOS and Android will, now let you tag up to 10 people in each photo, you can now also share up to 4 different photos in each tweet. 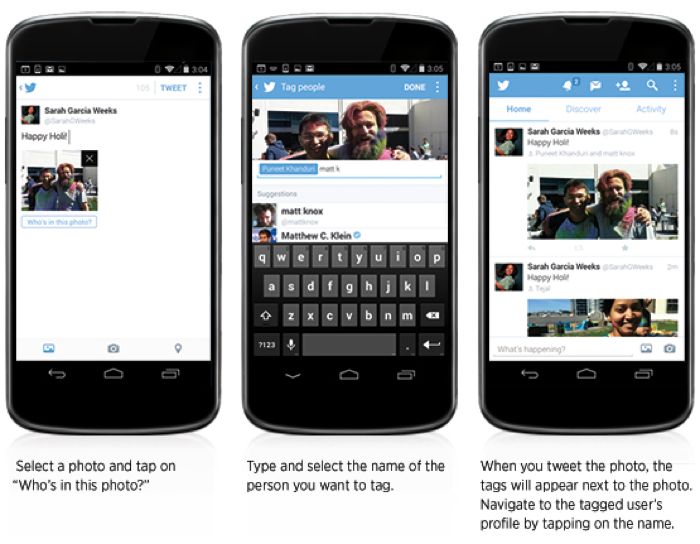 Tag up to 10 people in a photo

Tagging people in a picture makes conversations around photos fun and easy. And tagging doesn’t affect character count in the Tweet — you can tag up to 10 people in a photo and still have all 140 characters at your disposal, making it easier to connect with your friends. If you’re the one being tagged, you’ll get a notification. You can adjust notifications, as well as who can tag you, in your Settings.

And now, you can also share a series of photos that automatically create a collage. Just tap on a preview to get the full image and slide through the group. The ability to upload multiple photos is starting to roll out today on iPhone, and is coming soon to Android and twitter.com. Whether you’re on iPhone, Android or twitter.com, you can view Tweets with multiple photos.

You can find out more information about the updated Android and iOS mobile apps from Twitter over at the official Twitter blog at the link below.