Last week Twitter released a new update to its iPhone Twitter application that added a delightful ‘Quick Bar’ to your app. The Quick bar was designed to show developing trends on the Twitter service with access to more details with a quick swipe.

However the Quick Bar addition went down like lead balloon with users, as the bar was also used to insert adverts that overlapped users tweets in the timeline. Taking heed of the swathe of complaints from users, Twitter has released a new update that corrects the overlapping ‘Quick Bar” issue. 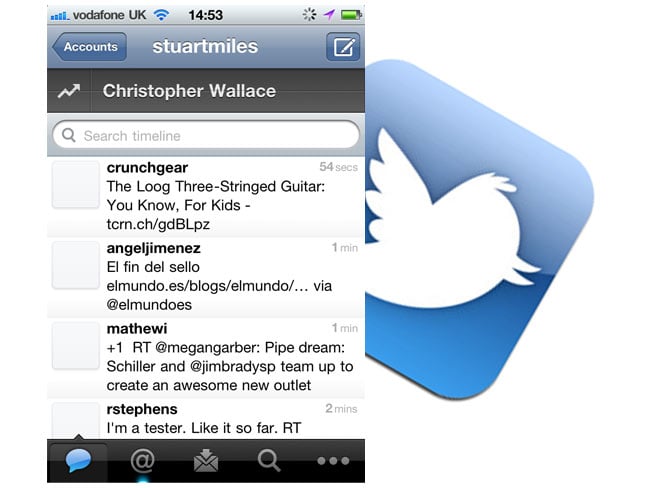 Twitter’s new update now tackles the following areas, and is available to download from the Apple iTunes App Store.

– Fixes crashing some users have been seeing on launch and with location services.

– Improved performance for users with many accounts.