For those who may not know, Twitch is the streaming site for live streaming of everything gaming and geek related. Its iOS app recently received an update that nearly tripled the number of accessible live channels from 200 to 750 in order to deal with the massive influx of new content its seen due to its increasing popularity within the gaming community.

The app also saw an overhaul of its chat system, which makes chatting much smoother and simpler than before, and Dota 2 players can link their steam account to receive in-game item drops as a reward for watching certain streams. Twitch hasn’t said whether or not it will add this update for Android and other platforms, but it does plan to at least improve channel capacities across the board eventually. 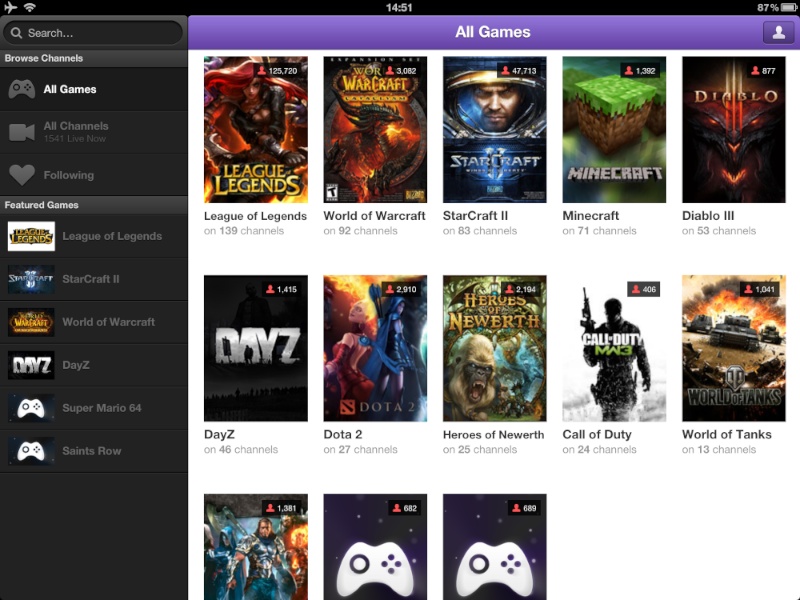 If you’re a gamer, check out Twitch.tv. It doesn’t matter what game you play, Twitch channels live stream the most competitive gaming competitions that take place around the world. Everything from Call of Duty to Magic the Gathering can be found streaming on Twitch at any given time.

Do you use Twitch? If so, what do you watch on it?