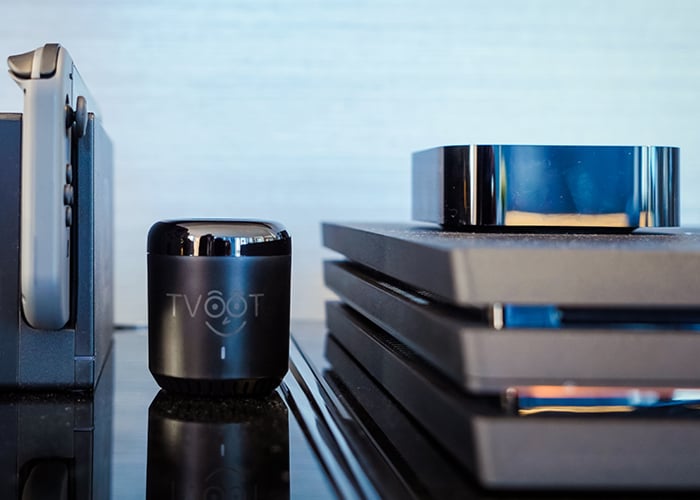 A new crowd-powered, social TV platform has launched via Kickstarter this week in the form of TVOOT. Created to add a social element to TV viewing and allow “like-minded people to connect and leverage crowd-power to create a better experience for everyone” says its creators. Watch the demonstration video below to learn more about TVOOT and how the social experience can enhance your viewing pleasure.

The development team behind TVOOT explain more about its inspiration. “We are living in the 2nd Golden Age of Television—where HD technology is bringing images to life, where compelling entertainment content is being developed, streamed and broadcast at a greater pace than ever before and where some of the hottest films aren’t even in theaters. And yet the actual experience of sitting and watching TV hasn’t changed all that much. In fact, compared with the dramatic technological advances we’ve become accustomed to in other aspects of our lives, watching TV is still pretty one-dimensional and, sometimes, boring. As for television commercials—they’re the worst part about it. Even when they’re good, do you really want to see an ad 15 times during the same show? We don’t. That’s why we developed TVOOT. “

TVOOT is now available via Kickstarter with early bird pledges for the companion device available from $24. If all goes well and crowdfunding campaign is successful shipping throughout the United States will commence during November 2019. The team is also developed an iOS application for TVOOT providing some useful features :

– TVOOT will instantly notify you if news is breaking, sports history is being made or large volumes of people are trending to a specific channel.
– Watch TV with your friends or a group of friends, commenting on hot new shows as they happen or movies you love and have seen a hundred times via text and social media in-app.
– If you want, you can enable your friends to see what you’re watching and see what they’re watching too.

For more details jump over to Kickstarter via the link below.