Tumblr the popular microblogging platform and social networking website has today rolled out a major new version of their iOS application taking it to Tumblr 3.0, which has apparently been inspired by its Android counterpart.

The latest version of the Tumblr app brings with a mass of new changes including a newly designed dashboard and support for high resolution images from the iPad and iPhone 4S camera. 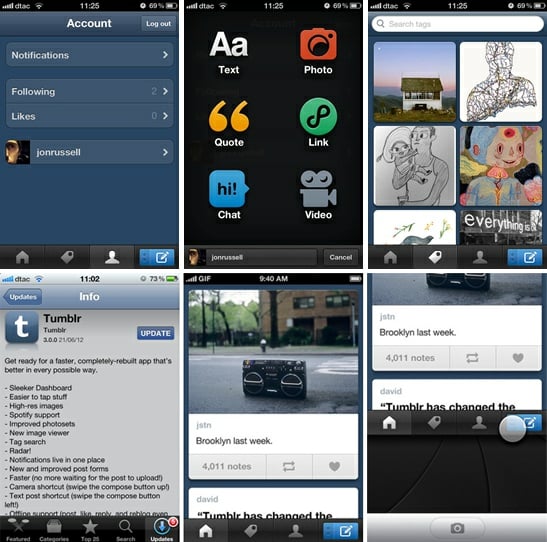 Together with Spotify, offline support, a new image viewer and enhanced tap and gesture based navigation controls. The offline features now allows you to post new blogs, reblog content, and comment on others’ work while they are offline. The latest Tumblr 3.0 application can be downloaded from the iTunes app store for free.