Yes, it’s a Canon DSLR. Yes, it looks like a Decepticon. And yes, it looks attractive too even though the ergonomics were thrown with reckless abandon out the window. 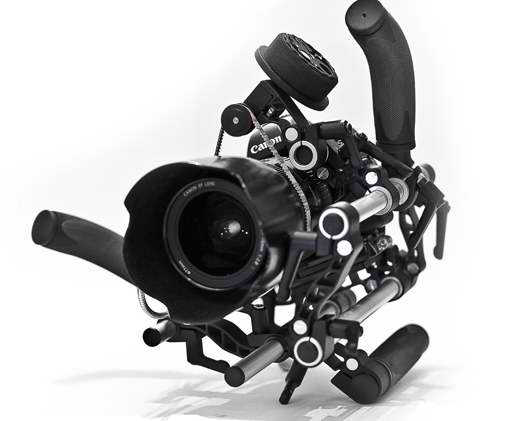 To ride the alien comparisons a bit further, this tricked out cam from Swedish Chameleon—who specialize in making kits for specific cameras—looks like something the Covenant would equip its Brutes with for interplanetary warfare. It still brings Decepticon thoughts to mind though. You’re thinking any second now and it will transform into an evil robot.

But alas, it’s just a camera specially modified for maximizing functionality and overall ruggedness–those curved limbs you see allow shoulder mounting.  We’d love to give extra specs but to be honest, we can’t figure out how you’re supposed to wield this beast. Who knows? It might even be able to fire plasma beams aside from taking exquisitely detailed pics.

If you’ve got the cash to spare, one of these babies will set you back $1,988. (The official Chameleon site says they’re sold out, unfortunately.)