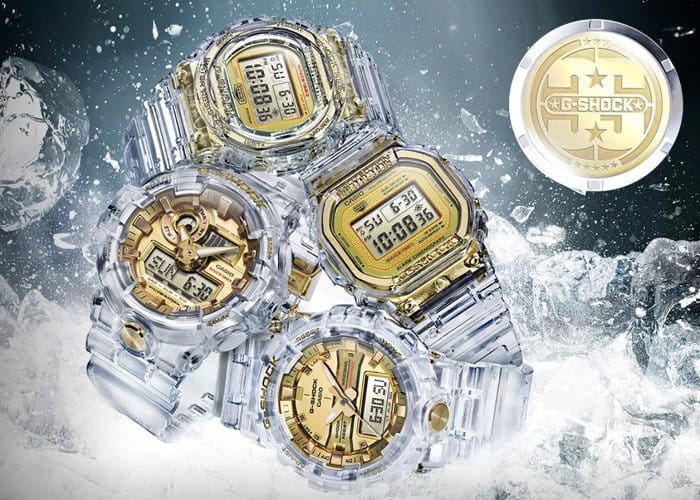 To celebrate the 35th anniversary of its G-Shock watch brand, Casio has unveiled a new transparent G-Shock range in the form of the Casio G-Shock Glacier Gold watch collection. The commemorative models are based on the DW-5000, which features the iconic square shape of the G-Shock brand take the form of the DW-5035E, DW-5735E, GA-735E and GA-835E. 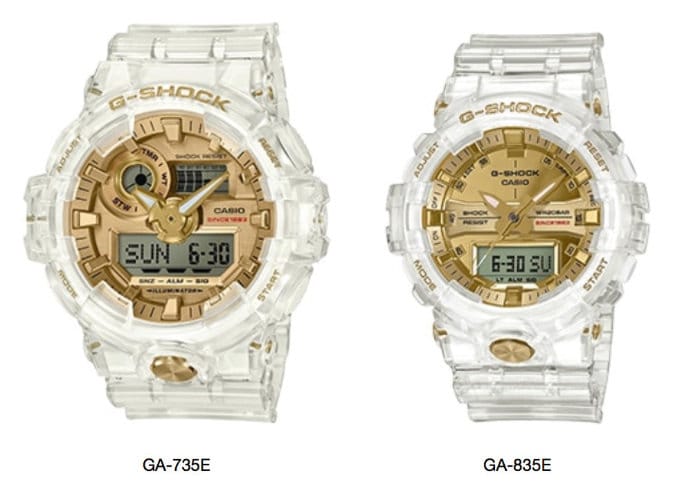 The back plate of all four models is engraved with a logo that identifies them as 35th anniversary models and the DW-5035E and DW-5735E G-Shock watches feature a screw back design. Casio explosion more about the design of the new birthday celebration watch range. 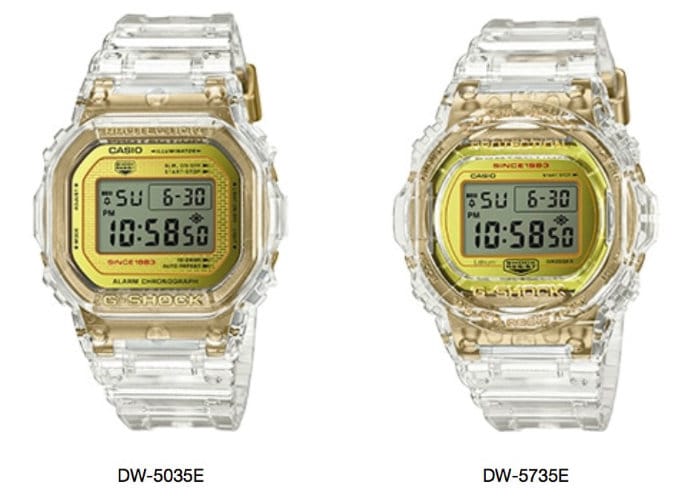 “The new DW-5035E, DW-5735E, GA-735E, and GA-835E watches combine G-SHOCK toughness with an overall look that evokes the breathtaking presence of glaciers in a land of extreme cold, with clear semi-transparent bezels and bands. The innovative use of transparent resin gained attention with the DW-6900K model that was released in 1996 to commemorate the G-SHOCK Dolphin & Whale models, making a lasting mark on the G-SHOCK lineage. The dials, buckles, buttons, screws, and case backs are finished with a brilliant gold color worthy of their status as 35th anniversary models.”

More details and purchasing options jump over to the official Casio website by following the link below.