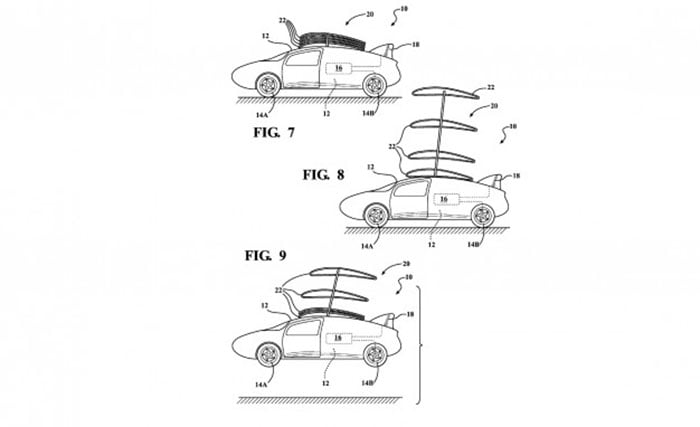 I have long wished that flying cars would come to reality and slowly that is happening. There are flying cars in development right now, but so far you can’t just run down to the dealership and buy one. Commuting would be much faster and more fun if you could. A new patent app has been filed by Toyota and it shows an interesting stacked wing flying car.

The patent app focuses entirely on those stacked wings. The car has four wings on the roof that raise on some sort of pole that can be collapsed for driving. Stacked wing configurations for aircraft are nothing new, WWI fighter planes used two or three wings and biplanes are still common today. One thing that the patent app is missing is some sort of propulsion.

There is no propeller or jet engine to give the car the thrust that would be needed to take to the skies. Other than the four stacked wings on the roof of the car, the patent app also shows a tail control surface as well. The car itself looks a lot like a Prius, a Prius that happened to be fathered by a Fokker DR.1 triplane.