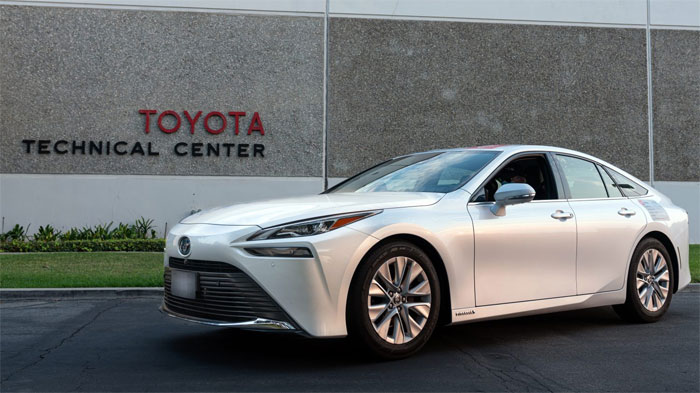 Toyota has used the 2021 Mirai to set a Guinness World Record for the longest distance traveled by hydrogen fuel cell vehicle without refueling. The Mirai used for the trip was able to travel 845 miles on a single hydrogen fill-up. Toyota says it took five minutes to fill the vehicle’s hydrogen tank for the trip.

People from the record book closely monitored the world-record-setting trip and adhered to rules and documentation procedures. The trip happened on August 23 and 24th, 2021. During its trip, the Mirai saw fuel economy of 152 MPGe.

The only emissions produced by burning hydrogen as a fuel source is water. To ensure Toyota didn’t pull any shenanigans, an adjudicator from Guinness World Records validated the car’s fuel tank with a seal at the beginning and end of the trip. The trip consisted of local driving loops in the California area, racking up 473 miles of driving on the first day and 372 miles on the second day. The vehicle consumed 5.65 kilograms of hydrogen during the trip.