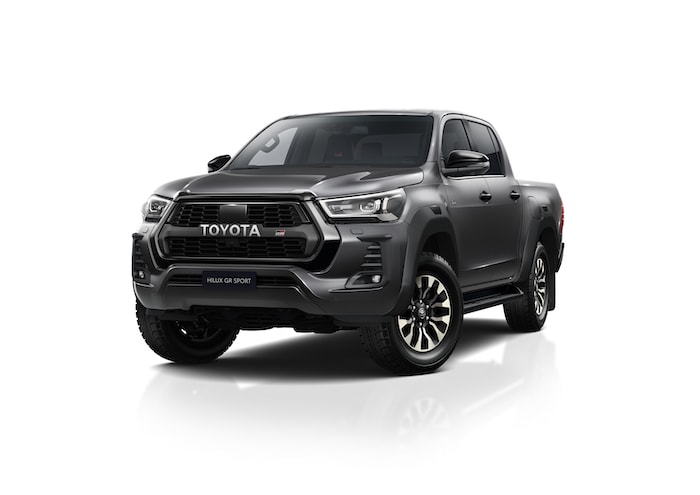 Toyota has unveiled a new version of their Hilux pick-up, the Toyota Hilux GR SPORT, and the truck is powered by a 2.8 litre engine with 204 DIN hp and 500 Nm of torque.

The Hilux GR SPORT comes with a GR-themed exterior and interior and it has a towing capacity of 3.5 tonnes and a one-tonne payload. 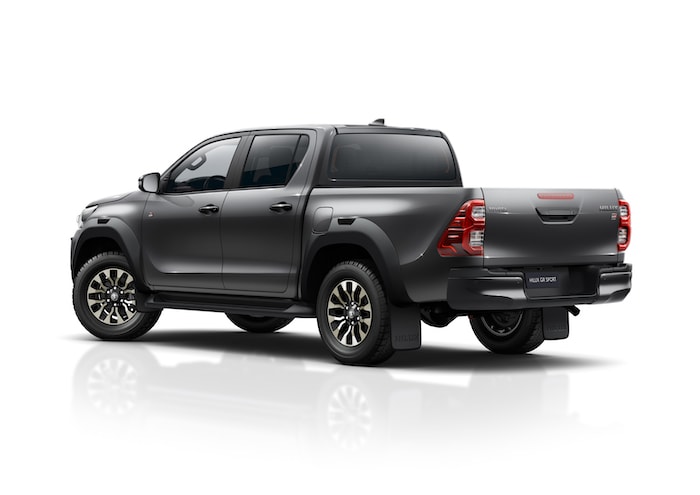 The Toyota Hilux is one of the legends of the Dakar Rally and a past outright winner of the world’s toughest race. The success TOYOTA GAZOO Racing has achieved in this extreme competition has inspired the creation of the Hilux GR SPORT, the new pinnacle of the Hilux pick-up range.

The Hilux GR SPORT is designed to capture the attention of customers whose active lifestyles go well beyond the everyday, giving them an ideal vehicle for adventurous journeys and sporting pursuits. Toyota has introduced dedicated suspension enhancements to deliver an even more rewarding driving experience, with increased control, responsiveness and grip feel. A series of exclusive exterior and interior design features reinforce the vehicle’s appeal.

The GR SPORT also benefits from the significant advances already introduced in the new Hilux, delivering the best driving experience yet. Its world-famous “go anywhere” off-road capabilities have reached new heights, aided by an automatic limited-slip differential and Active Traction Control. At the same time, exemplary handling and comfort in on-road driving has been secured with suspension upgrades and noise and vibration countermeasures.

You can find out more information about the new Toyota Hilux GR SPORT over at Toyota at the link below.