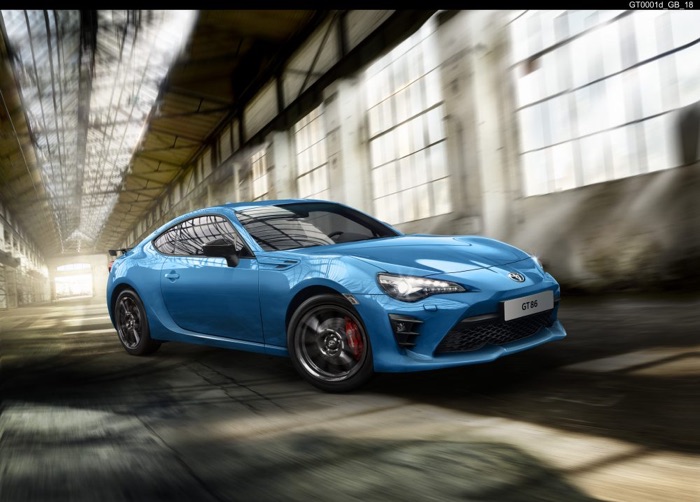 Toyota has announced the launch of a new version of their GT86, the Toyota GT86 Club Series Blue Edition.

The new Toyota GT86 Club Series Blue Edition comes with an electric blue paint job and a range of performance improvements over the standard car.

The optional Performance Pack delivers a more focused drive with the introduction of a Sachs-tuned suspension upgrade, with Sachs Performance dampers, and larger Brembo brakes that give both increased stopping power and improved pedal feel. To accommodate the striking, large red Brembo calipers, new-design 17-inch black alloy wheels are fitted.

You can find out more details about the new Toyota GT86 Club Series Blue Edition at the link below, prices start at £29,980.